Home / Technology / IT / Systems / Difference Between SATA and SATA II

SATA (SATA revision 1.0) and SATA II (SATA revision 2.0) are the first generation and second generation SATA interfaces. It was serial advanced technology attachment (SATA) that replaced the earlier industry standard parallel ATA (PATA), as a common mode of disk drive interface in computers, whether at home or offices. SATA controllers and drives became very popular but soon there was up gradation and the world switched over to SATA II. It retained all the basic features of SATA but could achieve double the speed of SATA. While SATA (SATA 1.5 Gbit/s) could achieve a maximum data transfer speed of 150 MB/second, SATA II (SATA 3 Gbit/s) achieves a maximum of 300 MB/second. There are some other notable differences in SATA and SATA II which are discussed below.

SATA II has the ability to support multiple devices. It makes use of port multiplier which allows for attachment of up to 15 SATA II devices in a line whereas only one SATA could be attached earlier. One big advantage with SATA II lies in its backward compatibility. If you are getting your motherboard up graded, you can use SATA II if SATA was earlier used. To make sure that you get SATA II speeds, you must use a SATA II controller, drive and even a cable for SATA II.

Although SATA II is faster than SATA, it does not mean you will feel any improvement in the performance of your computer. You must remember that high speeds of SATA II are the speed of the interface and not that of the hard drive. If anything, you can notice the difference when flash based storage media. But your computer, when upgrading to SATA II is future ready and when there is no price difference, why not use SATA II instead of SATA. 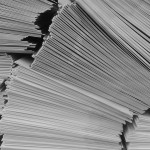 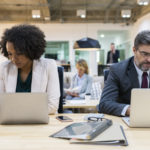