It would always be interesting to know about sheep and ram, as they have been useful for humans in many ways, especially their wool is of great importance. However, there will not be sheep in the world without the service of a ram, which means that rams play an essential part in the breeding of sheep. Therefore, being aware of sheep and ram would only benefit the reader, but never would it waste the time spent on reading about them. This article provides such information on sheep and ram with a comparison about their important physical features and other characteristics.

Sheep is a very valuable livestock animal for the man. Presently, there are more than 1,000,000,000 domestic sheep in the world, and Australia, New Zealand, and British Isles have been the major producers of sheep in the world. Their coat is woolly, and it needs regular combing and annual shearing. In fact, wool is one of very important products of sheep, as there is a high demand for their wool to be used in human clothing as an insulator. The flesh of both adult and young sheep (known as mutton and lamb respectively) are popular among people, and being prepared as delicious dishes in many countries. Additionally, the meat of sheep is known differently in different places; for example, lamb is used to name adults’ meat in United States. Somehow, sheep naturally have a hanging long tail, but it is often docked due to health and sanitary issues. Sheep have tear glands beneath their eyes and scent glands between toes. The characteristic groove to divide the upper lip is distinct. Usually, a sheep could live up to 10 – 12 years, but they are being culled in different ages depending on the performance, production, and disease prevalence.

Ram is the intact male of sheep, which means they are capable of breeding with females, to produce fertile progeny. Therefore, rams are essential to maintain the sheep population. Rams, as males, are sexually different from others, having the most important male reproductive system. Since, there are castrated males (wethers) in any domestic sheep flock, the consideration of rams is important. However, their breeding capacity could vary among them, but usually one ram could successfully breed with 30 – 35 ewes in a breeding season of sixty days. Male reproductive hormones known as androgens are high in rams. The aggression is high in rams compared to ewes (females), wethers, and lamb. The horned sheep breeds have longer and better-developed horns in rams in comparison to others of the same breed. Their sexual maturity takes place around 6 – 8 months from birth, whereas it starts a little earlier in ewes. Rams can grow as large as 450 kilograms sometimes. 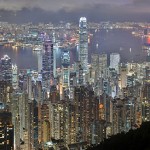 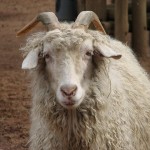 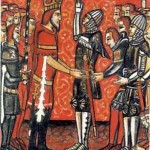 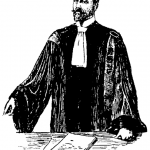