Have you ever paid attention to the word you use to describe yourself when you feel unwell? Nobody does, but makes use of either sick or ill, if someone asks him how he is feeling. Sick and ill are words that are used almost interchangeably and we understand that the person for whom these words are being used is not keeping good health. However, there are differences in usage that make people use sick and ill in different contexts as will be clear when one reads this article.

Anyone afflicted with a disease or is ailing is described as a sick person. Sick is also used to describe a physical condition where the person is feeling as if he is going to vomit. A sick mind is a phrase that is used when describing a person who is mentally or emotionally deranged. If someone says he is sick of parties, he only means to say that he is bored and irritated when attending parties and does not want to attend any more parties. One can be sick of another person even. Sick and tired is another idiom that describes that a person is weary and fed up of a thing or situation.

In general though, sick is a word that is used when a person is experiencing some illness, disease, or vomiting. It is common for someone suffering from nausea to be labeled sick.

A feeling of being unwell is described as illness. So a person is ill if he is feeling unwell, irrespective of the underlying medical condition. Ill is a word that is more formal than sick and used in written English. This is why we refer to our illness when writing an application. In British English, ill is a word that is used more to refer to physical problems faced by a person. Diseases and ailments that require medical treatment and attention of doctors qualify to be referred to as illnesses irrespective of whether they are long term or short term. A person who is suffering from a medical condition is an ill person no matter whether he has cancer or flu.

What is the difference between Sick and Ill?

• Sick and ill are two words that are similar in meaning and used to refer to a person who is suffering from an ailment.

• Ill is more formal of the two words and reflects an underlying medical condition whereas sick is also used in other contexts such as when a person is feeling nauseated or feeling bored.

• If you are sick of something or someone, you are fed up or bored with that or with him.

Difference Between Chronic and Acute Pain 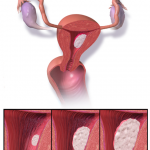 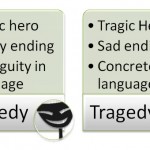