Slime molds belong to the Kingdom Protista, and they are also called fungus-like protista. In contrast, fungi are true organisms belonging to the Kingdom Fungi. Both these organisms produce sporangia; therefore, most people are unable to identify the difference between slime molds and fungi.

1. Overview and Key Difference
2. What are Slime Molds
3. What are Fungi
4. Similarities Between Slime Molds and Fungi
5. Side by Side Comparison – Slime Molds vs Fungi in Tabular Form
6. Summary

What are Slime Molds?

Slime molds belong to the Kingdom Protista. They are similar to fungi as they produce sporangia. Slime molds live on decaying plants, organic matter, and microorganisms. They have a cell wall composed of cellulose, unlike fungi. The Slime molds swim and merge together to form a multinucleated cell. The cell is called the plasmodium. The main feature of slime mold is the presence of this plasmodium, which helps us to identify slime molds easily. The formation of plasmodium takes place under harsh conditions, especially during a food shortage. Moreover, there is no cell wall in the plasmodium structure. Therefore, it receives less protection. 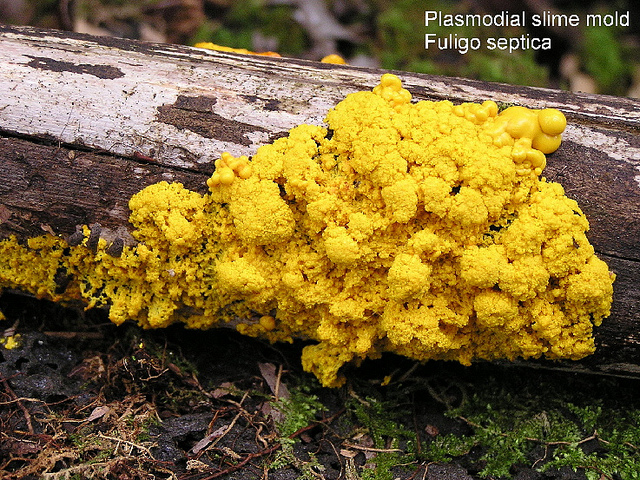 The life cycle of slime molds begins as an amoeboid cell. After engulfing bacteria and other food, the amoeboid cell becomes larger in size and multiplies. Under harsh conditions, these amoeboid cells can reach a dormant stage. During these stages, they form a hard outer covering which protects the cell until reaching optimum conditions. Upon maturation, these nuclei grow in size.

Reproduction takes place through the spores which are embedded in the sporangia as well as gametes. The reproductive cells are sometimes flagellated.

Fungi refer to eukaryotic organisms that belong to the Kingdom Fungi. Their cell walls contain chitin. They can be unicellular (Yeast) or multicellular (Penicillium, etc.). Moreover, they form hyphae-like structures. The hyphae can be septate or aseptate. A collection of hyphae is called a mycelium. Fungi show a heterotrophic nutrition pattern. They can also reproduce sexually via gametes and asexually via spores. 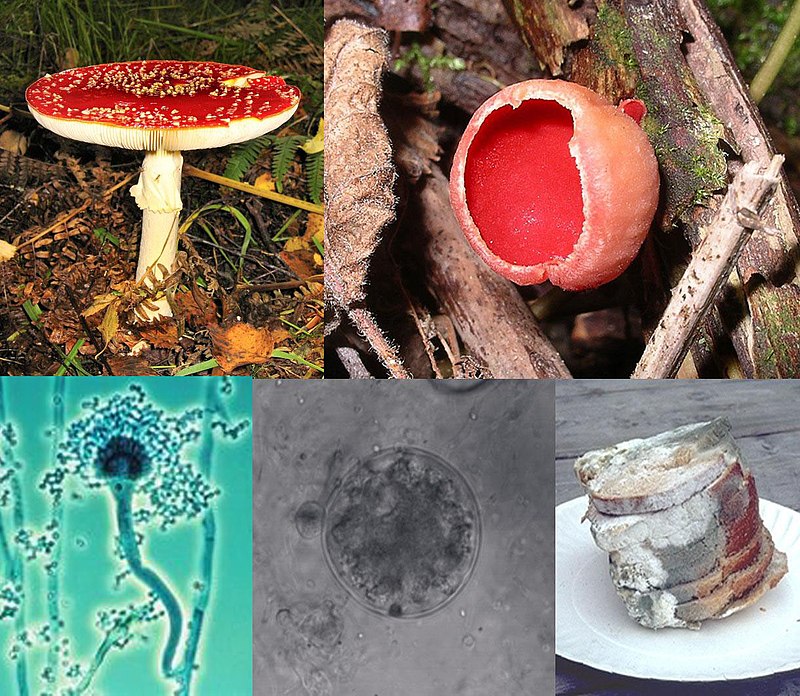 Fungi have both beneficial and harmful effects. Fungi such as Penicillium are useful during antibiotics production. Some fungi are edible (mushrooms) while some fungi produce secondary metabolites such as vitamins, enzymes, and hormones. Unicellular yeast is very important in many industries such as wine industry, bakery industry, and dairy industry, etc. In contrast, some fungi are very harmful and pathogenic and cause diseases to both humans and plants.

What are the Similarities Between Slime Molds and Fungi?

What is the Difference Between Slime Molds and Fungi?

Moreover, there are few structural components which are not common to both. Slime molds do not possess hyphae and mycelium whereas fungi do not possess plasmodium structures. Therefore, this is also a difference between slime molds and fungi.

The below info-graphic represent more information regarding the difference between slime molds and fungi. 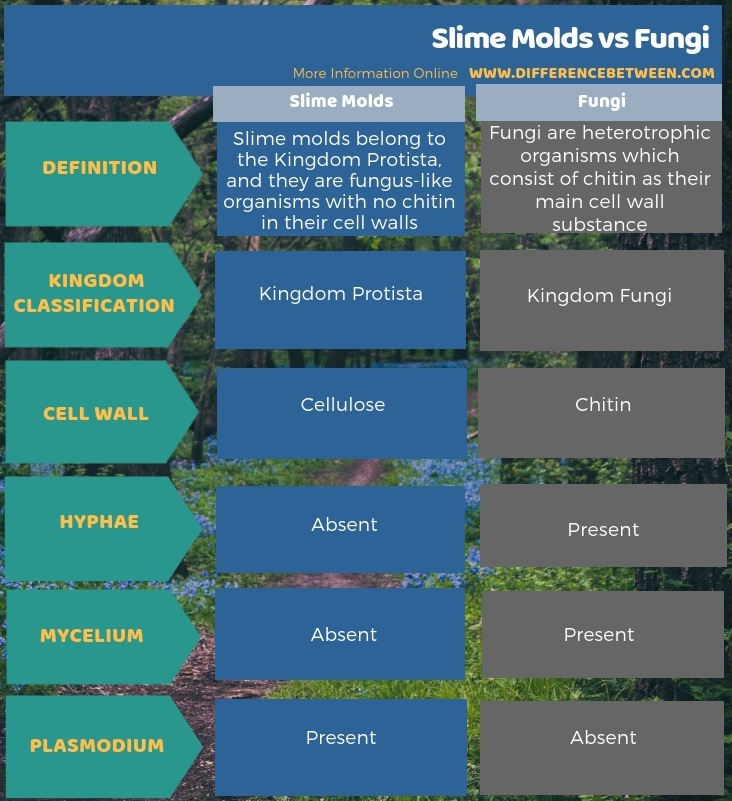 Difference Between Frog and Chick Gastrulation

Difference Between Prokaryotic and Eukaryotic Topoisomerase 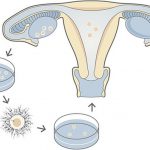