What are SN1 Reactions?

What are SN2 Reactions?

In SN2 reactions, one bond is broken, and one bond is formed simultaneously. In other words, this involves the displacement of the leaving group by a nucleophile. This reaction happens very well in methyl and primary alkyl halides whereas very slow in tertiary alkyl halides since the backside attack is blocked by bulky groups.

The general mechanism for SN2 reactions can be described as follows.

What is the difference between SN1 and SN2 Reactions?

Characteristics of SN1 and SN2 Reactions:

SN1 Reactions: SN1 reactions have several steps; it starts with the removal of the leaving group, resulting a carbocation and then the attack by the nucleophile.

Barriers of the reaction:

SN2 Reactions: Steric hindrance is the barrier in SN2 reactions since it proceeds through a backside attack. This happens only if the empty orbitals are accessible. When more groups are attached to the leaving group, it slows the reaction. So the fastest reaction occurs in the formation of primary carbocations whereas slowest is in tertiary carbocations (primary-fastest > secondary > tertiary -slowest).

SN1 Reactions: SN1reactions require weak nucleophiles; they are neutral solvents such as CH3OH, H2O, and CH3CH2OH.

SN1 Reactions: SN1 reactions are favoured by polar protic solvents. Examples are water, alcohols, and carboxylic acids. They can also act as the nucleophiles for the reaction.

Nucleophile: a chemical species that donates an electron pair to an electrophile to form a chemical bond in relation to a reaction.

Electrophile: a reagent attracted to electrons, they are positively charged or neutral species having vacant orbitals that are attracted to an electron rich centre.

Difference Between Dissolution and Disintegration

Difference Between Hydrophilic and Hydrophobic 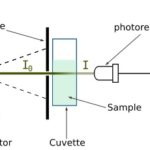 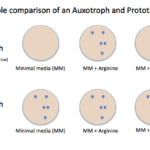