Solaris is an operating system that belongs to the UNIX family of operating systems. It is now owned by Oracle who bought it from its original developers Sun Microsystems in January 2010. Consequently, it is now known as Oracle Solaris. Solaris was the first operating systems to introduce popular features like DTrace, ZFS and Time Slider. It is now developed for both SPARC-based and x86-based machines. Solaris 10 was released in 2005, and after a long wait of more than five years, Solaris 11 was released on November 15, 2010.

What are the differences between Solaris 10 and Solaris 11?

Difference Between UNIX and Solaris 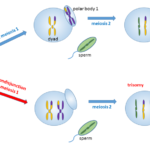