Ubuntu is a Debian GNU/Linux based Operating System. By using the released year and month as a version number, Ubuntu releases two versions every year. Usually, Ubuntu releases are timed so that they are released after a month from the latest release of GNOME and two months after the latest release of X.Org, meaning that all Ubuntu releases will include newer versions of GNOME and X. Long Term Support (LTS) release is a release which is released as the fourth release in the 2nd quarter of even numbered years. LTS releases include updates for 3 years for desktop and 5 years for server. The company named Canonical provides paid technical support for Ubuntu as well. So according to this, both Ubuntu 10.10 which was introduced on 19 September 2009 and Ubuntu 11.04 which was released on 28 April 2011 are two of the very recent non-LTS releases. Non-LTS releases are supported for a year and are usually supported until at least the next LTS release.

Ubuntu 10.10 named Maverick Meerkat or usually referred to as just Maverick is a non-LTS release of Ubuntu. Mark Shuttelworth, the founder of Canonical and the leader of Ubuntu team announced the naming of Ubuntu 10.10 on 2 April 2010, and as mentioned above it was consequently released on 10 October 2010 (10.10.10) at 10.10 UTC. Ubunutu 10.10 is the 13th release by Canonical. The new Unity interface (a shell interface for GNOME desktop environment) for Netbook edition, is a brand new feature in Ubuntu 10.10. Other new features are a default photo manager, default Ubuntu font and a new image organizer called Shotwell. Ubuntu 10.10 is planed to be supported until April 2012.

Ubuntu 11.04 which was released in April 2011 is the successor to Ubuntu 10.10. This version is named Natty Narwhal or simply Natty and the naming was introduced on 17 August 2010. Natty’s Desktop use Unity User Interface as its default interface for GNOME shell. This move was highly controversial among GNOME developer who though it would cause a facture in the GNOME community. In this release, Banshee replaces Rhythmbox as the default music player. Furthermore, LiberOffice replaced OpenOffcie.org in Ubuntu 11.04. Additionally, Mozilla Firefox 4 was bundled with Natty. Ubuntu 11.04 introduced a significant change to Ubuntu, as it merged the Ubuntu Netbook Edition into its desktop edition. 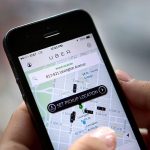 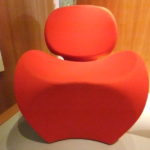 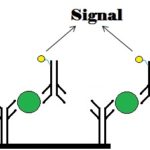