Home / Technology / IT / Operating System / Difference Between Ubuntu and Kubuntu

Linux is an open source operating system and it is available for free. Mainly, these are two distributors from Canonical Ltd known as Kubuntu and Ubuntu. Ubuntu means” humanity to others” and is considered to be the main distributor. This has been developed by team of experts and community. One of the co-projects of Ubuntu is Kubuntu.

Ubuntu is considered to be one of the most user-friendly Linux distributions. It is available for various business, education and personal purposes for free. It has also been noticed that it is updated every six months so that it can be compatible with the latest applications and technologies. Apart from this, Ubuntu is quite easy to install and operate. Being an open source, the software can be redistributed.

Ubuntu is quite efficient, robust and is third most popular operating system having millions of users’ world wide. Studies and web stats have shown the fact that it holds more than 50 percent market share. Some of the significant features of this operating system are elaborated below:

• It is available for free because it has been developed by community people and can be redistributed.

• Ubuntu can easily be downloaded and installed on several machines without having to purchase a license. This is one of the major reasons why organizations prefer this operating system for their employees.

• There are two types of support; one is professional support and other is community support. Any one can contact the developer who has developed that part of operating system via email and chat.

Kubuntu is quite similar to Ubuntu in many ways. This is also known as the sub-project of Ubuntu and is aimed to target a specific market. The configuration of Kubuntu is intended to be used in elementary school environments. It can also be used by children at home. This is one of the best platforms for learning and having fun with learning process. New versions of Kubuntu keep coming in the market so that it can be used widely on almost all hardware components.

Above mentioned are the differences of these versions of Linux distributions. However, both promise to provide high performance and cater to clients from various industries. 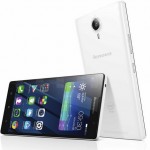 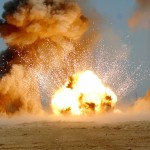