We are back with one of the favorite smartphones in CES 2013; Sony Xperia Z. It has striking features and closely resembles its predecessors with a unique form factor and design. In fact, analysts are bold to declare that this is the first smartphone that has had direct Sony resemblance and influence after the giant acquired its Ericsson counterpart. It is also the first Quad Core smartphone released by Sony to the market. Hence we can safely assume that Sony intends to make a ripple in the market with Xperia Z and it’s sibling Xperia ZL. For this reason, we chose another smartphone that manages to make a ripple on the market at all times. Apple iPhone 5 has held the record of bestselling smartphone in USA until recently when it was matched by Samsung Galaxy S III. However the turnover of Apple is still couple of times higher than that of any other direct competitor. Let us compare these two smartphones closely and comment whether Sony Xperia Z and Xperia ZL also have the characteristics of a smartphone that can make a ripple effect in the market.

Sony Xperia Z is a smartphone that is placed at the center of the stage for Sony. In fact, this is a game changer and customers already anticipate the release of this smartphone. To start with, it has a big screen with full HD resolution powered by a Quad Core processor. That eliminates any need for me to declare that Xperia Z is one of the best smartphones today. It follows the usual Sony form factor with an elegant, premium look to it. It’s rather slim and weighed moderately. First thing you would notice is the 5 inch TFT capacitive touchscreen that features a resolution of 1920 x 1080 pixels at a pixel density of 441ppi. The display panel is shutter proof and scratch resistant. Xperia Z offers you premium movie experience with Sony Mobile BRAVIA engine. As you can guess, the display panel recreates the images and texts crisp and clear with the ultra-high pixel density of the panel. We are somewhat disappointed about the lack of AMOLED panel though. You won’t be missing much, but you need to stare directly at the display panel for good image reproduction. Angled views mimic washed out reproductions which are not desirable. Sony’s decision is fair given you look straight at your smartphone 95% of the time. What I appreciate most about this handset is it being water resistant and dust resistant. In fact, it has IP57 certification which means you can submerge Xperia Z up to 1m of water for 30 minutes, and this is the only feature that differentiate Xperia Z from Xperia ZL.

Sony’s new flagship product is the first Sony smartphone to feature a Quad Core processor. It has 1.5GHz Krait Quad Core processor on top of Qualcomm MDM9215M / APQ8064 chipset with Adreno 320 GPU and 2GB of RAM. No wonder it performs so well in Android OS v4.1 Jelly Bean. Sony has included a slightly modified Timescape UI, which is more towards the Vanilla Android experience. Xperia Z comes with 4G LTE connectivity along with Wi-Fi 802.11 b/g/n and the ability to host a Wi-Fi hotspot to share your internet connection. The internal memory stagnates at 16GB, but we are delighted to spot a microSD card slot that will let you expand the storage up to 32GB more. Sony has also included 13.1MP camera on the back with image stabilization, sweep panorama, continuous autofocus and improved Exmor RS sensor that enables better low light performance. The initial reports attest to the fact that the camera is indeed superb. A 2.2MP front camera is also included for video conferencing, and it can capture 1080p HD videos, as well. Another interesting and innovative feature is the ability to capture HDR videos. This means the camera will capture full HD video stream and process each frame three times under three different exposure conditions and decide the optimal condition. As you can see, this will be incredibly computing sensitive. Hence it is a very good opportunity to test the power of the CPU, as well as the mileage of the battery, under those tough conditions. Sony promises that their innovative battery saving techniques provides longer battery life with the included 2330mAh battery.

Apple iPhone 5 that was announced on 12th September is the successor for the prestigious Apple iPhone 4S. The phone is in the top shelf of the market since 21st of September 2012. Apple claims iPhone 5 to be the thinnest smartphone in the market scoring a thickness of 7.6mm which is really cool. The handset scores dimensions of 123.8 x 58.5mm and 112g of weight which makes it lighter than most of the smartphones out there in the world. Apple has kept the width at the same pace while making it taller in order to let the customers hang on to the familiar width when they hold the handset in their palms. It is made entirely from glass and Aluminum which is a great news for artistic consumers. No one would doubt the premium nature of this handset for Apple has tirelessly engineered even the smallest parts. The two tone back plate feels genuinely metallic and is pleasing to hold on to the handset. We particularly loved the Black model although Apple offers a White model, as well.

Apple iPhone 5 has 4 inch LED backlit IPS TFT capacitive touchscreen featuring a resolution of 1136 x 640 pixels at a pixel density of 326ppi. It is said to have 44% better color saturation with full sRGB rendering enabled. The usual Corning gorilla glass coating is available making the display scratch resistant. Apple CEO Tim Cook claimed that this is the most advanced display panel in the world. Apple also claimed that the GPU performance is as twice better compared to iPhone 4S. There may be several other possibilities for them to achieve this, but we have reason to believe that the GPU is PowerVR SGX 543MP3 with a slightly overclocked frequency compared to that of iPhone 4S. Apple has apparently moved the headphone port all the down to the bottom of the smartphone. If you have invested in iReady accessories, you may well have to buy a conversion unit because Apple has introduced a new port for this iPhone.

There is an interesting question people pose when someone compares a smartphone with Apple iPhone 5. Most of the high end smartphones overtake the specs of Apple iPhone 5 fair and square on the paper; yet how does Apple iPhone 5 manage to ace the benchmarks and perform as fluid as any other top candidate? Well the reason for this is twofold. The first wall of strength is that the operating system and the hardware are designed by the same manufacturer, so there is an inherent unison embedded in them. This enables them to fine tune each element to the perfection giving the notion of the fluid smartphone. The second wall of strength is the tightly controlled app market and simple yet intuitive and attractive layout in iOS. The tightly controlled app market enables the applications to be perfect while the simple user interface ensures there is no lag to be noticed. However, when it comes to comparing Apple iPhone 5 and Sony Xperia Z, I have to say that Sony Xperia Z wins fair and square on paper and in reality. It has a better display panel (might be a bit big for the taste of Apple fans, but still) with full HD resolution, attractive and premium form factor that matches iPhone with a high end processor and splendid optics. It is indeed a powerhouse that iPhone 5 won’t be able to match. The prices seem to float at the same range, so I leave the choice on your hands. 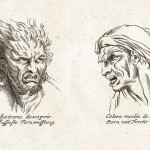