Squid and octopus are important marine animals, and they have been often confusing, certainly, for an average person. Therefore, the need for a proper understanding about them and a better comparison would be of great importance. They both belong to the same taxonomic class, but their body organization, ecological niches, and many other biological aspects are different to each other. This article will briefly discuss those differences followed by their respective characteristics.

Squids are cephalopods belong to the Order: Teuthida. There are more than 300 species of them, and they are exclusively marine animals living in open seas. Their exceptional swimming ability is noticeable, and on top of that, some species can even fly out of water for small distances. Squids have a distinct head, bilaterally symmetrical body, a mantle, and distinct arms projecting from one place (head). Their body structure is similar to that of cuttlefish, and it has two long tentacles with eight arms arranged in pairs. The main body mass of the squids is enclosed inside their mantle except for the tentacles and arms. The underside of their body is lighter than the upper sides. Usually, squids can camouflage using their chromatophores on the skin; those enable to change the skin colour according to the environment. In addition, they have ink expulsion system, which helps to hide themselves from predators. Squids have different sizes, and most of them are not more than 60 cm in body length, but the giant squids could be longer than 13 metres.

Octopus also is a cephalopod, but belongs to the Order: Octopoda. There are around 300 extant octopus species in the oceans of the world. Usually, they are benthic animals living on the seabeds. Octopuses have two eyes and four pairs of arms. They are bilaterally symmetric animals, but they show the radial symmetry, as well. Octopuses neither do have any internal nor external skeleton despite some of the other cephalopods do; instead, their body maintains the rigidity via hydrostatic pressure. They have a mouth with a hard beak, and it is located at the centre point of the arms. Octopuses have different strategies to prevent from the predators including expulsion of ink, camouflaging, and deimatic displays. Their arms are equipped with suction cups or suckers, to immobilize their prey items with a strong grip. Out of all, their well-developed and complex nervous system is one of the important features to notify. 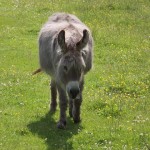 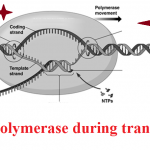 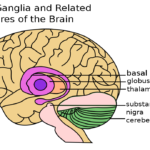