Artificial Intelligence (AI) is the field of computer science dedicated to developing machines that will be able to mimic and perform the same tasks just as a human would. AI researchers spend time on finding a feasible alternative to the human mind. The rapid development of computers after its arrival 50 years ago has helped the researchers take great steps towards this goal of mimicking a human. Modern day applications like speech recognition, robots playing chess, table tennis and playing music have been making the dream of these researchers true. But according to AI philosophy, AI is considered to be divided in to two major types, namely Weak AI and Strong AI. Weak AI is the thinking focused towards the development of technology capable of carrying out pre-planned moves based on some rules and applying these to achieve a certain goal. As opposed to that, Strong AI is developing technology that can think and function similar to humans, not just mimicking human behavior in a certain domain.

What is weak AI?

The principle behind Weak AI is simply the fact that machines can be made to act as if they are intelligent. For example, when a human player plays chess against a computer, the human player may feel as if the computer is actually making impressive moves. But the chess application is not thinking and planning at all. All the moves it makes are previously fed in to the computer by a human and that is how it is ensured that the software will make the right moves at the right times.

What is strong AI?

The principle behind Strong AI is that the machines could be made to think or in other words could represent human minds in the future. If that is the case, those machines will have the ability to reason, think and do all functions that a human is capable of doing. But according to most people, this technology will never be developed or at least it will take a very long time. However, Strong AI, which is in its infant stage, promises a lot due to the recent developments in nanotechnology. Nanobots, which can help us fight diseases and also make us more intelligent, are being designed. Furthermore, the development of an artificial neural network, which can function as a proper human being, is being looked at as a future application of Strong AI.

What is the difference between Strong AI and Weak AI?

Weak AI and Strong AI are two types of AI, classified based on the goals that the corresponding sets of researchers are focused on achieving. Weak AI is focused towards the technology which is capable of carrying out pre-planned moves based on some rules and applying these to achieve a certain goal but, Strong AI is based on coming up with a technology that can think and function very similar to humans. So, the applications of Weak AI make the humans feel as that the machines are acting intelligently (but they are not). Contrastingly, the applications of Strong AI will (someday) actually act and think just as a human, as opposed to just making the humans feel that the machines are intelligent. 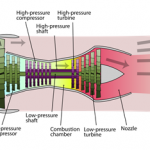 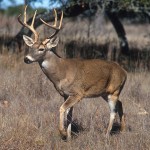 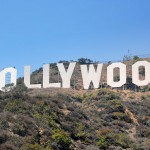