We have been reviewing high-end hand held devices most of the time, but what about mid-range devices? Don’t they count? Well, here’s your answer for that. T-Mobile myTouch and LG DoublePlay are two such mid-range smartphones compared here. While it is advantageous to adapt to the trends of the market and promote state-of-the-art handsets, which alone will not make you survive. There are segments in the market who do not want to spend so much for a mobile that they have so minimal use of. The Paratoo’s 80/20 rule suggests that 80% of people only use 20% of the functionalities provided by any device. Given that, why spend money for a device you wouldn’t use more than 20%?

Fair argument of course, and so emerges the mid-range handsets like T-Mobile myTouch and LG DoublePlay. While they don’t feature cutting edge technology or lightning fast connectivity, they fit for the purpose, thus serves as Quality products. Let us look into these two little brothers from LG and their competitive advantages over each other.

T-Mobile myTouch, also known as LG myTouch is a handset that integrates some decent components together to make a decent phone. LG has graced myTouch with a 1GHz Scorpion processor on top of MSM8255 Snapdragon chipset, which performs very well along with the 512MB RAM it has. It comes with 2GB internal memory that can be expanded to 32GB using a microSD card. Android OS v2.3 Gingerbread is used to have a tight rein on these resources to produce the optimum user experience, and we can dare say, LG has succeeded in doing that.

The little beast has a 3.8 inches AMOLED Capacitive touchscreen with 16M colors featuring a resolution of 480 x 800 scoring a pixel density of 246ppi. It doesn’t have the expensive cutting-edge look like LG Nitro HD, yet it is slim, comes in flavors of Black and White and fits right into the hand with the dimensions of 122 x 64mm and weighs a meager 108g. It is equipped with HSDPA 42Mbps for fast internet connectivity and has the Wi-Fi 802.11 b/g/n which enables continuous connectivity and to act as a Wi-Fi hotspot. Not only that, but myTouch comes with DLNA which enables you to enjoy videos on your big screen wirelessly. LG hasn’t forgotten the camera either for myTouch comes with a 5MP camera that can record 720p HD videos @ 30 frames per second. It comes with autofocus and Geo-tagging with the support of assisted GPS.

T-Mobile myTouch comes with most of the capabilities Android OS can provide, and designed to give a highly versatile user experience with minimum resources. It has a 1500mAh battery with has a talk time of 4 hours, and I got to say, this is a major disadvantage in myTouch when addressing the intended niche market.

LG DoublePlay enables double play been true to its name. It features dual touch displays that are ideal for increased use of social networking. The primary screen is of 3.5 inches in size and features a resolution of 320 x 480 pixels with a pixel density of 165ppi. The secondary screen is 2 inches in size and comes in the middle of the sliding QWERTY keypad. This is the differentiating factor of LG DoublePlay and lands it in a unique position of the market. In the usability perspective, it doesn’t gain much score, but as an addition, it’s worthwhile to check it out.

LG DoublePlay is almost similar to myTouch in any other specification. It comes with a 1GHz Qualcomm Snapdragon processor boosted by a 512MB RAM and expandable memory up to 32GB. It runs on Android OS v2.3 Gingerbread and comes with most of the features it offers. The 5MP camera is of acceptable quality with 720p HD video capturing enabled at 30 frames per second. The camera also has autofocus, LED Flash and Geo-tagging with Assisted GPS. It comes in Black and Silver flavors and is thicker than myTouch due to the sliding QWERTY keypad. DoublePlay features the same connections speeds as of myTouch and enjoys the same Wi-Fi 802.11 b/g/n, which enables it to connect to any Wi-Fi network as well as to act as a Wi-Fi hotspot.

We started this review by stating these two handsets are mid-range devices but, unfortunately, both of them lacks on battery life heavily. The 1500mAh battery only gives DoublePlay an effective talk time of 3.3 hours, which is not commendable.

Our comparison between these phones has been based on the niche markets they are addressed for. Thus, the conclusion will also be a biased one. As opposed to the start of the review, you might have figured out that these two phones are not bad at all. They do have a good performance matrix of their own, but they just don’t go with the standard benchmarks kept for high end handsets. In any case, we can safely deduce that both of these phones are equally equipped to serve the purpose of the mid-range market, ideally who wants a smartphone, yet aren’t that tech savvy and don’t want to spend a fortune on a handset. T-Mobile myTouch has certain advantages as noted in the comparison, but if you enjoy the feeling of keys being pressed on the QWERTY keyboard and enjoys the grace of dual screens, LG DoublePlay will be your choice. 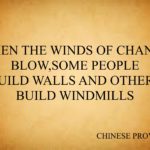 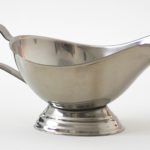 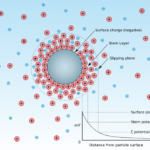