Thin vs Skinny vs Slim vs Slender vs Lean

There are many different words to describe the physical appearance of a person if he is slim. Right from emaciated and boney to skinny, slender, and lean, there seems to be a continuum for people who are slimmer than the average and it becomes difficult for people to have the exact image of the individual if he is described using any of these words. The adjectives most confused by people regarding the slim figure of an individual are thin, skinny, slender, and lean as they are near synonymous. This article attempts to find out if there are any differences between these words.

‘Thin’ is an adjective that is the opposite of thick and used for people who are frailer than average. Thin is not considered a pejorative term, and there are girls who are rather happy to be referred to as thin by boys and girls. The word, when used for boys means they are slimmer than they should be. Also, sometimes the adjective is accompanied by words like paper and cigarette to make it clear to all what the individual looks like. One who is thin does not have fat on his body.

Slim is the most desirable adjective for an individual as it is perceived as a compliment and only has positive connotations. The term slim goes very well along with fit and healthy, and it is the ideal figure to achieve for most people, especially women. If you are being called out slim in your circle, you can feel happy about it as others think of you as having an attractive figure. You are thin but in a graceful manner.

Continuing with the continuum idea, emaciated and bony are certainly considered pejorative and have negative connotations to hurt an individual. Even skinny is slightly pejorative, and girls do not like to be labeled skinny by the boys in the school as the adjective makes them appear unattractive in the eye of the opposite sex. Do not call a girl skinny if you do not want to appear rude. Skinny boys and girls can be distinguished from the rest in a class easily as they appear to be taller and lankier than they are because of their built.

Slender is a word that is used for girls and ladies with a frail figure. These women are in contrast to thick or obese women, and the adjective is taken as an appreciation of the figure or the body of the person. When a person, especially a woman, is labeled slender, it is understood that she is being praised for her figure and is considered attractive. Long and slender is a phrase that is most often used for legs of a woman. Slender is a term that connotes sexiness.

Lean is the adjective used for someone who is fit and healthy. It is the opposite of fat and is used mostly for people with athletic body. A lean figure is what is desired by most people as he is considered gracefully thin when he is lean in contrast to someone who is skinny or bony. Someone who is looking fit and strong is often referred to as lean.

• If anything, slender and lean are considered as praises while thin is rather neutral in connotation.

• However, all five adjectives can be used interchangeably to refer to a person who is slim and not fat.

• Lean and slender are terms that are desirable but few would like to be called thin, and nobody likes to be labeled skinny.

• Being referred to as slim is the ultimate desire of most women as they know they are at their attractive best when they are perceived as slim.

Difference Between Slim and Thin

Difference Between Acquisition and Procurement

Difference Between Leisure and Recreation 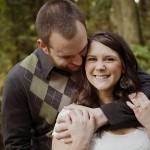 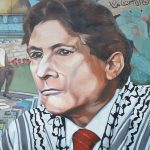