USB 2.0 and USB 3.0 are two versions of the USB standard. USB stands for Universal Serial Bus and is a device that has transformed the way communication between a computer and other gadgets such as mouse, keyboard, digital cameras, media players etc is established today. It is a device invented by Ajay Bhatt. Since its invention, USB has virtually replaced everything that had been earlier used for this purpose. Though invented for computers, USB has become so popular that it is being used on virtually every new electronic device being manufactured today. All smartphones, video game consoles and PDA’s are making use of USB as a power cord today. Even Bluetooth headsets and GPS chargers are making use of USB today. The immense popularity of USB can be judged by its worldwide sales of more than 2 billion units in 2008. One striking feature of USB is that it even charges many devices while being connected with a computer.

USB 3.0 is a major advancement when we compare it with USB 2.0. The biggest difference lies in the speed with which USB 3.0 can communicate with the host controller which is a computer. Good thing about it is that it is backward compatible that is it can be used with USB 1.0 and USB 2. 0. While USB 2.o had a maximum speed of 480 Mbps, which was considered sufficient at that time, now with availability of devices with capacity of up to 64 GB, it looks very slow. Data transfer from devices with such huge capacities may take hours with USB 2. 0. Introduction of USB 3 .0 has revolutionized data transfer between devices and computers with maximum transfer speeds of 4.8 Gbps which is a huge improvement over earlier speeds. This is 10 times the speeds that could be achieved with USB 2.0

In terms of power usage and requirements, USB 3.0 is much greener in comparison to USB 2.0. USB 3.0 devices provide more power to the gadgets and conserve power when the device is idling or getting charged.

Better transfer rates with USB 3.0 allow devices with high bandwidth such as Hi definition video streaming possible. Digital video recorders have now found a perfect partner in the shape of USB 3.0 to communicate with a computer. With its better and faster performance, USB 3.0 leaves other devices such as Bluetooth and e-SATA far behind. Though there are not many USB 3.0 devices out there, but with Windows having incorporated it in Windows 7 and motherboard manufacturers providing a port for it, the day is not far when USB 3.0 will become a standard for the industry. Good thing about it is that it will allow use of USB 2.0 and USB 1.0. 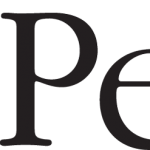 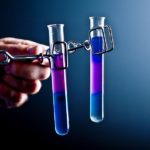