Micro SD cards and Micro SD HC (HDSC) cards are removable memory devices. Micro SD cards are a way of increasing the memory of electronic devices such as mobiles, computers, camcorders etc. Micro stands for small and SD means Secure Digital. For computers these come in the shape of USB devices such as pen drives. This is also called flash memory drive and is extensively used in even gaming devices all over the world. Micro SD is the smallest flash memory which is so small that it is the size of a thumbnail. In comparison to standard SD cards, these micro SD cards are only one eighth in size, and today, even devices that are meant to used standard SD cards are fitted with adaptors to use these small memory cards. However, it is not possible to use these micro SD cards in all devices which is why manufacturers are today supplying these cards with adaptors to make it easy for the user to fit these cards in their devices.

Micro SD cards are typically cheaper than Micro SD HC cards. The price difference can be as huge as 100%.

One drawback with high capacity Micro SD cards is that they are not compatible with old devices. You can use micro SD HC cards only with devices that are 2.0 compatible.

Difference between Hardware and Software 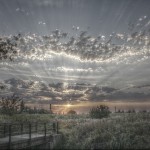