CES 2012 is full of newly introduced mobile devices. Some of them are within our realm of imagination. Some of them incorporate the already existing features. Some of them get a totally new experience to the table while some innovates beyond our realm to a whole new level. That is what ViewSonic has done with their new tablet. They have introduced a tablet that explores a whole new dimension, where nobody has laid eyes before. It fundamentally differs from the hardware configuration to software configuration. We have to say we are impressed with their debut product and concept of a tablet.

To understand the dynamics of ViewPad 10pi, we chose Apple iPad 2 to be compared against it since iPad 2 is considered as a benchmarking device. It is commonly accepted that Apple iPad used to be the best tablet in the market, while others have developed significantly, when the iPad 2 was released. Still it’s considered as one of the best tablets in the market in terms of performance and usability, and we will be taking both of those aspects into consideration when we review ViewPad 10pi against it.

ViewSonic has fundamentally redefined what we perceive as Tablet PCs. The ViewPad 10pi initiates a new range of processors to be used in Tablets while introducing dual boot concept. I’m not saying these are totally new concepts, nor am I saying there weren’t any tablet PCs with these features. But what we perceived so far as Tablet PCs were those that were alike Apple iPad. They used mobile processors and were only able to execute a single boot without giving the privilege to install any system that you want. We identified a Tablet PC with those capabilities to be a Netbook. That’s the boundary this tablet has overridden. ViewPad 10pi comes with 10.1 inches IPS capacitive touchscreen display, featuring a resolution of 1280 x 800 pixels and scoring dimensions of 266 x 180 x 13.5mm and a weight of 800g. It certainly is on the hefty side of the spectrum, but well worth the hassle compared to what is offered.

ViewPad 10pi is powered by an Intel Atom 2670 Oak Tail processor clocked at 1.5GHz. ViewSonic has brought the power of Intel processors to the Tablet arena. It is a single core processor that has hyper threading and has 32 bit instruction set. It also comes with integrated graphics at a base frequency of 400MHz. ViewPad 10pi also combines the power of 2GB of DDR2 RAM and has enabled dual booting between Windows 7 Professional and Android OS V2.3 Gingerbread. This is the next big change we see in ViewPad 10pi. Working on a fully fledged Windows installation is not a simple matter, but ViewPad 10pi does that just right and gives the familiarity of the desktop environment with a highly configurable user interface. If the usual productivity of Windows 7 seems less, you can switch to Android OS anytime, as well. This is the beauty of being able to dual boot.

ViewPad 10pi defines it’s connectivity through Wi-Fi 802.11 b/g/n. You can connect to Wi-Fi hotspots, and surf and since it has enough expansion slots, you can easily plug in a modem. For instance, ViewPad 10pi has 2 full USB 2.0 ports and a SD card slot. It also comes with 3.2MP rear camera and 1.3MP front camera for video conferencing. It uses a 2890mAh Li-Polymer battery that promises a battery life of 4 hours. You may think it’s not much compared to what we have these days, but with the increased performance, energy intensive OS and superior screen, the battery life is only fair to be at that notch. Although all seems well, a certain ambiguity arises whether ViewPad 10pi is addressed at the tablet market we are referring to. The modern Tablet market was created with the intention of providing something more than a smartphone, yet less than a PC. The basic needs identified were browsing, reading, music and movies. Apple iPad was initially created having these in mind and Tablet market boomed with that. While ViewPad 10pi also facilitates all these needs, it is more PC like and less modern tablet like.

The much-reputed device comes in many forms, and we are going to consider the version with Wi-Fi and 3G. It has such elegance with its height of 241.2mm and width of 185.5mm and the depth of 8.8mm. It feels so good in your hands with an ideal weight of 613g. The 9.7inches LED backlit IPS TFT Capacitive touchscreen features a resolution of 1024 x 768 with a pixel density of 132ppi. The fingerprint and scratch resistant oleophobic surface gives an additional advantage to iPad 2, and the accelerometer sensor and Gyro sensor come in built, as well. The particular flavor of the iPad 2 we have chosen to compare has the HSDPA connectivity as well as the Wi-Fi 802.11 b/g/n connectivity.

The iPad 2 comes with a 1GHz dual core ARM Cortex A-9 processor with PowerVR SGX543MP2 GPU on top of Apple A5 chipset. This is backed up by a 512MB RAM and three storage options of 16, 32 and 64GB. Apple has their generic iOS 4 responsible for the controls of iPad 2, and it also comes with an upgrade to iOS 5. The advantage of the OS is that it’s correctly optimized to the device itself. It isn’t offered for any other device; thus, the OS does not need to be generic like android. iOS 5 is thus centric on iPad 2 and iPhone 4S, which means, it understands the hardware perfectly well and optimally manages every bit of it to give an awesome user experience without the slightest bit of hesitation.

Apple has introduced a dual camera set up for iPad 2; while this is a good addition, there is a large room for improvement. The camera is only 0.7MP and has a poor image quality. It can capture 720p videos @ 30 frames per second, which is good. It also comes with a secondary camera bundled with Bluetooth v2.0 that would please the video callers. This gorgeous gadget comes in either black or white and has a sleek design that just pleases your eyes. The device features Assisted GPS, a TV out and famous iCloud services. It practically syncs over any Apple device and has the element of flexibility included in it like no other tablet has ever done.

This is actually a conclusion that just cannot be summarized by few words. As we’ve been saying from the start, ViewSonic ViewPad changes the way we perceive a Tablet PC. Thus, the aspects of it give rise to various lengthy discussions among some issues we have briefly talked in the review. There are some other aspects we have overlooked in a manner of convenience. However, without giving the inception to that discussion, if we try to gather what we can from the surface, we can conclude that, in terms of hardware and performance, ViewSonic ViewPad 10pi will probably excel. This is largely due to the improved Intel processor and 2GB DDR2 RAM. We certainly would like to run our benchmarks tests on ViewPad 10pi before coming into a conclusive judgment. Apart from that, we have to appreciate the flexibility ViewPad 10pi gives with the ability to dual boot and directly use USB ports. It also features a better screen panel and resolution while the optics is also better than iPad 2. The only issue we see in ViewPad 10pi against Apple iPad 2 is the battery life. If ViewSonic somehow manages to push through that barrier, it’s going to be one great tablet. 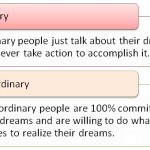