Vishnu and Krishna are two deities in the Indian religion of Hinduism. In fact they are construed to be one and the same, but with a few differences. Krishna is one of the incarnations of Vishnu.

Vishnu is said to be one of the three principal deities in the Indian religion of Hinduism, the other two being Brahma and Siva. Vishnu is said to the protector. Brahma is the creator and Siva is the destroyer.

Vishnu is said to have taken ten incarnations in different ages to safeguard righteousness and to destroy evil. These ten incarnations include Matsya, Kurma, Varaha, Narasmiha, Vamana, Parasurama, Rama, Balarama, Krishna and Kalki. Hence Krishna is one of the avatars or the reincarnations of Vishnu.

Vishnu’s consort is Lakshmi and she is considered the goddess of wealth. There are eight forms of Lakshmi. Krishna is said to have eight wives. Krishna is the singer of the celestial song called the Bhagavad Gita.

Vishnu is said to reside in the milky ocean. Krishna has Dwaraka as his abode. Vishnu is not said to have born of parents. Krishna is born to Devaki and Vasudeva. Krishna was later nourished by Yasoda and Nandagopa.

Vishnu reclines on Adi Sesha the great serpent. Krishna was a cowherd. He killed several demons even as a kid. Some of the demons that were killed by Krishna when he was a kid include Putana, Sakatasura, Bakasura and Kamsa.

The difference between Vishnu and Krishna:

Vishnu was not born of any womb, whereas Krishna was born to Devaki and Vasudeva.

Vishnu is immortal, whereas Krisha was mortal.

Vishnu resides in the milky ocean whereas Krishna dwelled in Dwaraka.

Vishnu is the protector of the universe. Krishna sang the celestial song, the Bhagavad Gita. 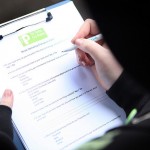 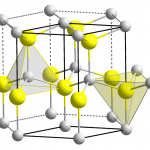