Hinduism and Christianity being two important religions of the world, it is interesting to read the difference between Christianity and Hinduism. They show quite a number of differences between them in their concepts and dogmas. Oxford dictionary identifies Christianity as “The religion based on the person and teachings of Jesus Christ, or its beliefs and practices.” Hinduism, on the other hand, is identified as “A major religious and cultural tradition of South Asia, which developed from Vedic religion.” One very discernible difference from these definitions is that Christianity originated in the Western world while Hinduism originated in the Eastern world.

It is extremely difficult to trace the origin of the tenets of Hinduism. It is one of the oldest religions of the world. It is a religion that does not have a founder. Hinduism believes that all the roads lead to salvation. They recommend a number of ways to attain salvation. These ways include Gnana (knowledge), bhakti (devotion), vairagya (renunciation) and seva (service). One can reach God through any of these ways. Hinduism accepts a number of Gods and Goddesses. You have the liberty to choose your God or Goddess in the religion of Hinduism. Hinduism strictly believes that everything in the world is a part of the Almighty. They say that the Almighty exists in both good and evil. One of the major differences between Christianity and Hinduism is that Hinduism is an evolving religion. It moves on by virtue of rituals. This makes it very difficult to find out the beginning of Hinduism. Hinduism paves the way for heaven through the performances of rituals. Hinduism has the highest attainment in the procurement of a place in the realm of the Supreme Self called the Brahman. 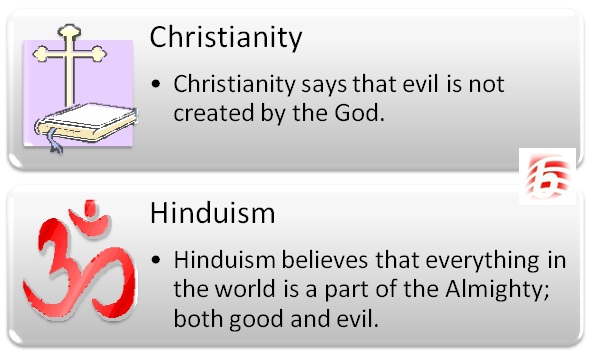 What is the difference between Christianity and Hinduism?

• Hinduism believes that everything in the world is a part of the Almighty. Christianity says that the evil is not created by the God.

• Hinduism accepts several ways for salvation, whereas the Bible is the only way to attain salvation according to Christianity.

• Christianity believes only in the Jesus, whereas Hinduism believes in the existence of several Gods and Goddesses.

• Hinduism is an evolving religion and hence it would be extremely difficult to trace its beginning. One can trace the beginning of Christianity to approximately two thousand years. 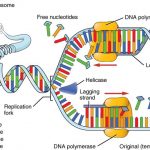