For millions of followers of Christianity, Jesus Christ remains their savior, the only son of God. His life, his teachings, and his uttering are all contained in the holy Bible, the sacred book of the Christians. Jesus was born to Virgin Mary by the blessings of God, and his father on this planet was Joseph. Jesus was the name given to Him by his mother and Christ is the name that tells us that he is the anointed one. Christ is used as one of the titles for Jesus in the Bible though the complete name Jesus Christ remains the popular name of the Messiah all over the world. Many people remain confused between Jesus and Christ as the real name of the savior of humanity. This article attempts to remove these doubts.

Jesus is the central figure of Christian faith as He is believed to be the son of God born to Virgin Mary in Bethlehem. He was raised in Nazareth and worked as a laborer (carpenter). He sacrificed his life at the altar for the salvation of humanity and Christians believe him to be an incarnation of God the Son. He is one of the Holy Trinity, the other two being the Holy Spirit and the God Himself. He was born to Virgin Mary through the Holy Spirit. He founded the Church, and he was crucified on the orders of the Roman Prefect.

Jesus is believed to be the Messiah who ascended to heaven but will return one day. The name Jesus also figures among Jew scriptures and in Islam. While Muslims believe Jesus to be one of the important prophets, Jews regard Jesus as a messenger of the scriptures, but refuse to accept as the Messiah. In the New Testament, Jesus has been described as a name that angels asked Mary and Joseph to name their son. ‘You are to give him the name Jesus as he will save his people from their sins’, Matthew 1.21.

Christ is a word that means Messiah in Hebrew. This word has been used as a title for Jesus, one of the several titles that have been used for Him in the New Testament. The reason why the followers of Jesus were called Christians is because they had faith in him and believed that he was the Messiah that they had been waiting for. Though initially Christ was only a title to describe the fact that he was the anointed one, a messiah who liberated the mankind through his sacrifice at the altar, the name Jesus Christ later on became a complete name of the Son of the God.

Christ used alone refers to the messiah that Jesus of Nazareth was, and sometimes the name is referred to as Christ Jesus to refer to the fact that Jesus was indeed the messiah prophesied in Hebrew Bible. At least this is what entire Christianity believes. Jews do not consider Jesus as their savior, and they are still awaiting the first coming of their messiah. On the other hand, Christians believe that Christ ascended to heaven, and there will be a second coming to complete the prophecies that remained unfulfilled.

• Though Jesus Christ is considered by Christians as the complete name of the son of God, Jesus was the name given to him by his mother while Christ was the name used as a title for him in the New Testament.

• Christ is a title that refers to the fact that Jesus was indeed the messiah who liberated humanity through his sacrifice.

• Christ is a secular title, whereas Jesus is the name of the son of God.

Difference Between Jesus and Buddha 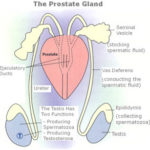 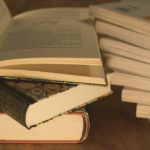