Volume and capacity are commonly interchanged in both meaning and use because of the correlation that exists between them, but there is a definite difference between volume and capacity. Whenever volume or capacity comes to mind, it is accepted that it involves an object and the substance that it contains. Since these two elements are essential to both volume and capacity, it is easy to assume that they are one and the same. However, this is not so. Here, we will discuss the reason for this argument.

Regardless of the state of matter involved (solid, liquid or gas), and whether or not there is actually an object within the container, volume only refers to the three-dimensional space an object occupies by itself. In other words, volume signifies the three-dimensional size of the object. It is determined as the product of the cross sectional area and height of an object. Volume is commonly measured in terms of cubic meters or cubic centimeters. At times, the volume of a certain container is also viewed as its capacity, as well. In the following figure, the volume of the cylinder is equal to the product of cross sectional area A and height h; i.e V=A×h. 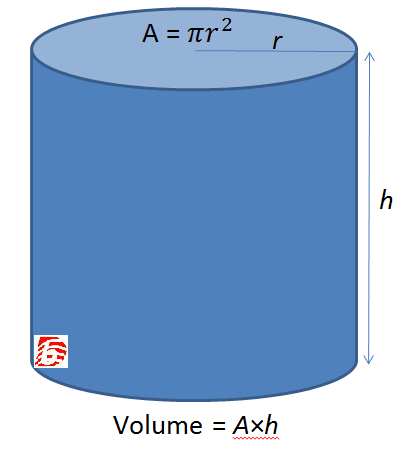 Capacity, on the other hand, refers to the potential amount of substance that a container is able to hold or absorb. It may have similarities in idea with volume, but it is still distinguishable. Capacity concentrates more on how much a solid, liquid or gas can fit in a container and often implies the maximum amount that one can bear. Capacity is measured in terms of liters, milliliters, pound, gallons, and the like. For example, in the figure shown below, the capacity of the measuring cup is 250 ml. 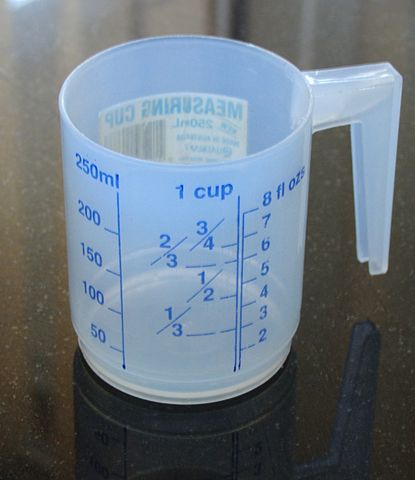 What is the difference between Volume and Capacity?

It is a given fact that volume and capacity are two terms that are discussed in similar contexts. However, although they may be at times considered as quite similar to one another, there exists certain differences between them that set them apart.

There is also another simple comparison between volume and capacity. With “capacity”, one often says “The water gallon can hold up to 6 liters of water; while “volume” is often referred to as “The plastic container expanded to double its volume after performing an experiment on it.” 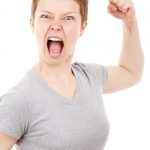