Insulin and glucagon are two hormones regulating glucose and fat metabolism in the body. Both are synthesized in the pancreas. Both are proteins, but physiologically they are opposites.

Insulin is a protein hormone. It contains 51 amino acids. It weighs 5808 Daltons (a unit of weight measurement). It is made up of two protein chains linked together by a disulfide bond.  A gene called INS codes for the precursor of insulin is preproinsulin. Pancreatic cells called beta cells secrete insulin. These cells are located in clusters called islets of Langerhan. High blood sugar level promotes the release of insulin from beta cells while stress hormones (adrenalin) inhibit insulin release. In healthy individuals, pancreas secretes insulin in tightly controlled amounts to maintain the blood glucose levels within normal parameters.

Insulin is critical in regulating carbohydrates and lipids. It regulates glucose, amino acid, and lipid absorption by cells all over the body. It increases DNA replication and protein synthesis. The action of insulin is widespread but more pronounced in liver, muscle cells, and fat tissue. Liver and skeletal muscle tissues store glucose as glycogen while fat tissue stores it as triglycerides under the influence of insulin. Insulin promotes glycogen synthesis, lipid synthesis, and fat esterification; therefore, glycogen breakdown and fat breakdown occur when insulin levels are low. The body hydrolyses glycogen (a stored form of glucose) to release glucose into the blood stream when blood sugar drops below normal levels. Insulin inhibits the secretion of glucagon which has the opposite action of insulin. It also inhibits the use of lipid as an energy source. The blood level of insulin acts as a signal to alter the direction of biochemical reactions in cells. It also inhibits sodium excretion by kidneys.

Glucagon is a protein hormone. It contains 29 amino acids. It weighs 3485 Daltons. Genes code for the precursor of glucagon is proglucagon; which is then cleaved into the active form of glucagon in alpha cells of pancreas. But in the intestines proglucagon breaks down to form different products. Low blood sugar level, stress hormones like adrenalin, amino acids like Arginine, Alanine, neurotransmitters like acetylcholine, and hormones like cholecystokinin increase glucagon secretion. Human growth inhibiting hormones, insulin, and urea inhibit glucagon secretion. Glucagon increases blood sugar level. It promotes glycogenolysis. Even though glucagon promotes glucose synthesis from fatty acids it does not affect fat breakdown.

Therapeutic uses of glucagon include relaxation of the lower esophageal sphincter in the esophageal blocks and spasms, severe hypoglycemia, and for treating beta blocker overdose.

What is the difference between Insulin and Glucagon?

• Insulin promotes the synthesis of glycogen while glucagon breaks glycogen down.

• Insulin promotes lipid synthesis, but glucagon does not break it down.

Difference Between Therapy and Treatment

Difference Between Legal and Illegal Drugs 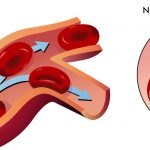 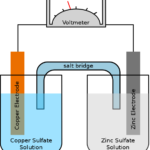