We all know about the goodness of almonds and how beneficial they are for our overall health and fitness. Especially for those who are on a glutton free diet, almond meal or almond flour can be a great food product. There are people who have been making use of almond meal or almond flour in making traditional recipes for quite some time, yet they remain confused between these two products. Many feel that almond flour and almond meal are one and the same, while there are also who feel that there are differences between the two. Let us take a closer look.

If one tries to look up on the internet, ground almonds are referred to as both almond meal and almond flour. This means that both terms mean one and the same thing that is ground almonds. However, there is a slight difference as many chefs and cooks will tell you that the real difference lies in almonds with and without skins.

As the name implies, almond flour is a powder that is created using blanched almonds. With skin removed, the powder obtained is very fine and looks like a real flour that could be used in making recipes in a confectionary.

Not many people know that the skin of almonds is a great source of flavanoids that are considered beneficial for our health. Being very nutritious, many chefs prefer to keep the skin of the almonds intact while grounding and using the powder in making recipes. Thus, people prefer almond meal over almond flour in making bakery recipes as long as they can make use of coarse almond powder. Almond meal also tastes nuttier than almond flour, and with only small quantities required in most recipes, it makes sense to keep the skin intact and use almond meal to make wholesome recipes.

What is the difference between Almond Meal and Almond Flour?

• For all practical purposes, almond meal and almond flour are one and the same thing

• However, some chefs use two classifications to differentiate between almond meal and almond flour

• When the skin of almonds has not been taken off, the powder prepared by grounding almonds is called almond meal

• On the other hand, powder obtained by grounding blanched almonds is called almond flour

• If a recipe asks for almond powder, you can make use of either of the almond meal or almond flour

Difference Between Sour Cream and Yogurt 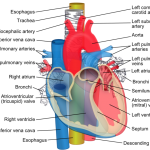 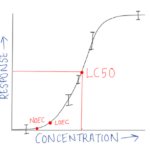