Google Android’s Ice Cream Sandwich was in the news since January 2011, and Google finally announced it officially at the Google I/O 2011 Keynote on 10 May 2011. Ice Cream Sandwich is the code name for the newest version of the Android platform that will be launched before the fall of 2011. Android Ice Cream Sandwich will be a major release, which will be compatible with all Android devices. Android 4.0 will be a universal operating system like Apple’s iOS. It is a hybrid of Android 3.0 (Honeycomb) and Android 2.3 (Gingerbread). On the other hand, Windows Phone 7.5, code named as Mango is the last released mobile platform by Microsoft. After Microsoft rebranded the operating system, three major versions were released; Windows Phone 6.5 and Windows Phone 7 are the first two versions, and its updated version is the Windows Phone 7.5, code named “NoDo” and “Mango”.

The Android version designed to be used on both phones and tables was officially released in October 2011 alongside the announcement of Galaxy Nexus. Android 4.0 also known as “Ice Cream sandwich” combines the features of both Android 2.3(Gingerbread) and Android 3.0 (Honeycomb).

Social network integration has become necessary in most mobile applications. Most mobile operating systems tend to support the Social networking “need” by native or third party applications. The latest versions of Windows Mobile are not shying away in this aspect either. Windows Phone 7.5 includes integration with social networks such as Facebook, Twitter and Windows Live for one touch access.

In Windows Phone 7.5, most features are categorized under ‘Hubs”. Contacts are organized via “People Hub”. Contacts can be manually entered and at the same time can be imported from Facebook friends, Windows Live contacts, Twitter and LinkedIn. An outstanding feature of the “People Hub” is the ability to create groups from the contacts in the phone address book.

Email, messaging, browsing, calendars, and all other applications necessary for a good enterprise ready mobile operating system are available in Windows Phone 7.5. For browsing, it has Internet Explorer 9.0 and Bing search engine. Nevertheless, the biggest advantage Windows Phone has over its contemporary’s is the “Office Hub”. This enables users to create and edit Microsoft Word, Excel, PowerPoint and OneNote documents. You can sync your working document to SkyDrive for future retrieval. SharePoint workspace is also available in “office Hub”.

A much-applauded feature in Windows Phone is the nicely designed user interface. The “Metro UI” as Microsoft would call it includes live tiles (Small Square like areas on the screen, which bring user up to date with latest data). These animated tiles include missed call alerts, updates from social networks, message alerts, etc. Most Windows Phone screens will not miss a chance to rotate and flip and thereby making the “new user” awestruck and “a more accustomed user” irritated (maybe). 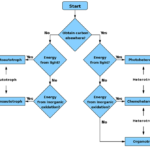 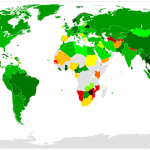 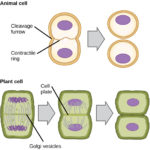 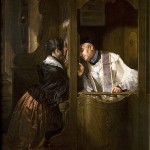