Google announced its new version of the Android platform (Android 4.0) at the Google’s I/O 2011 Keynote on 10th May 2011. Android 4.0 (Ice Cream Sandwich) was officially released on 18 October 2011, along with the announcement of Galaxy Nexus by Samsung; the first Ice Cream Sandwich phone. Android 4.0 is a major release, which will be compatible with all Android devices and it is an open source operating system. It will be an universal operating system like Apple’s iOS.

The camera capabilities are another area much enhanced in Android 4.0. Image capturing is enhanced with continuous focus, zero shutter lag exposure and decreased shot-to-shot speed. After capturing the images, users can edit those images on the phone itself, using the image editing software. While recording video users can take full HD images simply by tapping the screen, as well. Another introducing feature on the camera application is the single-motion panorama mode for larger screens. Features such as face detection, tap to focus are also onboard Android 4.0. With “Live Effects”, users can add interesting changes to captured video and video chat. Live Effects enable changing the background to any available or custom images for captured video and video chat.

Android 4.0 is the mobile operating system, which takes Android platform into the future. There for it is no surprise that the new operating system has focused on the NFC capabilities of future Android smart phones and tablets. “Android Beam” is a NFC based sharing application, which allows two NFC enabled devices to share images, contacts, music, video and applications.

What is the difference between Android 4.0 and Android 2.3?

On Android 4.0, users can do many actions while the screen is locked. It is possible to answer a call, see notifications and browse through music if the user is listening to music. Android 2.3 doesn’t facilitate doing actions other than answering a phone call while the screen is locked. The innovative feature added to the lock screen would be ‘Face Unlock’. With Android 4.0, users can now keep their face in front of the screen and unlock their phones adding an even more personalized experience. A similar feature is not available in Android 2.3.

The camera application on Android 4.0 has been improved, and many useful features are added. In Android 4.0 image capturing is enhanced with continuous focus, zero shutter lag exposure and decreased shot-to-shot speed. After capturing images, they can be edited on the phone using the image editing software. Such enhancements are not available on Android 2.3 and don’t include an image editing software.

Near Field Communication (NFC) is supported by both Android 2.3 and 4.0. Only Android 4.0 includes ‘Android Beem’. “Android Beem” is a NFC based sharing application which allows two NFC enabled devices to share images, contacts, music, video and applications. A similar application is not available on Android 2.3. 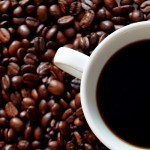 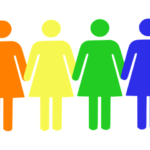 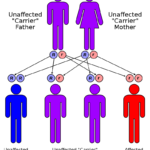