The difference between Antarctic and Antarctica stem from the fact that Antarctica is a continent within Antarctic region. Treating earth as round, the top and bottom of the earth are regarded as the North Pole and the South Pole. While the two look the same at a simple glance, there is a great difference between the two. While there is no landmass at North Pole with Arctic being an oceanic basin underneath a thin layer of ice, South Pole has a land mass which we call as Antarctica, the second smallest continent of the world, the smallest being Australia. There is another word called Antarctic that confuses many as they think that both refer to one and the same in the world. However, the truth is somewhat different, and this article attempts to highlight the differences between Antarctic and Antarctica.

What is the Antarctic? 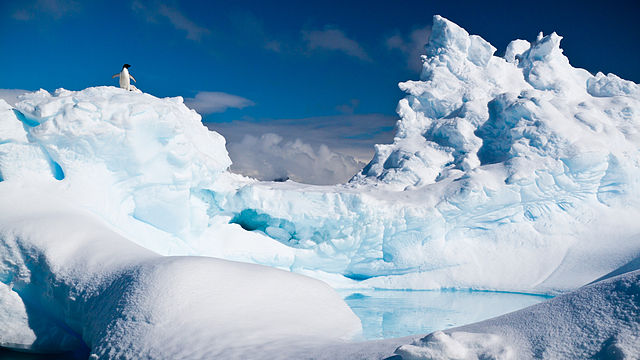 The southernmost point of the earth that is referred to as Antarctic includes Antarctica, the second smallest continent on earth. Antarctica is a continent that is surrounded by the ocean and the land mass remains buried under the ice sheet that is almost a mile thick. It is one continent that is coldest and least populated because it receives almost nil precipitation, and hence, labeled as world’s largest cold desert.

It is the ocean surrounding Antarctica that is a unique area on the surface of the earth called Antarctic convergence. This is the place where warm waters from the north meet frozen water from the south producing waters that are very productive with lots of animals and plants.

Antarctica remains a virgin land of mass on the earth with no country claiming a piece of land on it. The land mass is very important for human beings to conduct scientific experiments and to analyze the effects of global warming and pollution on sea animals found here. It was in 1959 that 43 countries of the world signed Antarctica Treaty forbidding any mining and exploration on this virgin landmass and also to cooperate with each other in an endeavor to conduct scientific research for the betterment of life and human beings in particular. 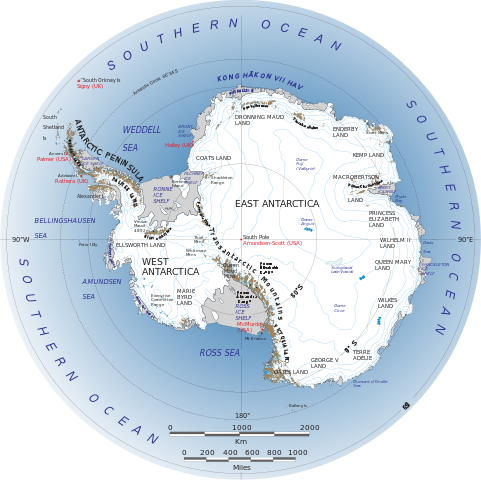 What is the difference between Antarctic and Antarctica?

• Definitions of Antarctic and Antarctica:

• Antarctica is a continent within Antarctic region.

• Antarctic region contains Antarctica, island territories that are situated in the Southern Ocean, and floating ice sheets on ocean.

• Antarctica is a landmass buried under an ice sheet 1 mile thick.

• Antarctica is the world’s 2nd smallest continent lying in Antarctic region in the South Pole.

• Antarctic region including Antarctica has some species of animals that can bear the cold temperature such as seals, penguins, blue whales, orcas, etc.

• The cold climate does not allow a large number of plants to grow in Antarctic and Antarctica.

• Only mosses, liverworts, and two species of flowering plants can be seen.

• The population of Antarctic and Antarctica is limited to the research teams that inhabit the area.

As you can see, Antarctic is a region while Antarctica is a continent situated in the Antarctic region. Apart from that, all other characteristics of the places seem to be the same as they are both in the same region. Due to the extremely cold climate of the region, you cannot see many animals in the region. Even the human population is limited to those who are a part of research teams in the area.

Difference Between Beach and Coast

Difference Between Valley and Canyon