The colouration pattern is a very important aspect in dog breeding industry. Most of the dog breeds are defined according to their colouration patterns. When it comes to Australian cattle dogs, it would be important to know that they have two main colour forms known as blue heeler and red heeler. This article mainly intends to discuss the facts related to the main dog breed and its blue counterpart with the emphasis into the main difference between them.

Australian cattle dogs are a breed of herding dogs that has an Australian origin, specifically in Queensland. These dogs frequently used to nip on the base of the foot of cattle. In fact, they like to nip the heel of the boots of men around them. Therefore, the name heeler has been used with their originated land included, i.e. Queensland heelers. Their medium sized body weighs about 23 – 27 kilograms and the height at withers measures about 66 – 71 centimetres. Males are slightly larger and heavier than females. They have dark eyes and medium sized ears directed upwards. Their medium sized, deep, and powerful muzzle has muscular cheeks. Australian cattle dogs have a medium sized coat of fur, which is moderately rough. Usually, this breed comes in two colour forms known as Red Heelers and Blue Heelers. Black or brown hair is evenly distributed in the white coat, in both red and blue heelers. Their tail is long and hairy.

Usually, Australian cattle dogs are not aggressive but their strong affection to the owner makes them very protective of their owner family. They hardly get tired and can work for a long time. This intelligent dog breed could live long, as their lifespan ranges between 12 and 14 years. The Australian cattle dog is a very healthy dog breed as they do not get sick easily, unless there is an injury due to the great agility that they possess.

When blue heelers are considered, possibly, there could be only one characteristic to discuss, which is evidently the colour. The coat of fur in blue heelers is bluish with dark patches in some places. The blue colour is sometimes very dark but sometimes light. It should be stated that there is no difference in blue heelers regarding the temperament, size, or anything else except the colouration from red heelers. However, some references state that blue heelers have a close resemblance to the dingo, but no acceptable evidence to prove that.

What is the difference between Australian Cattle Dog and Blue Heeler?

Australian cattle dog is the widely accepted term to refer the so-called Queensland heelers. Blue heeler is of no difference to them except their bluish colouration.

Difference Between German Spitz and Pomeranian 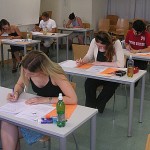