All chemical reactions can be written as an equation. The components of this equation include reactants with their physical states, an arrow to show the direction of reaction and the products of reaction with their physical states. If there were any special conditions used, they are also written briefly on the arrow. If the reaction is in equilibrium, two half arrows are used in opposite directions. A chemical equation can be written in two ways: as balanced equation or as a net ionic equation. The key difference between balanced equation and net ionic equation is that balanced equation shows all reactions that took place in a system together whereas net ionic equation only shows the net reaction that occurred after the completion of that particular reaction.

What is a Balanced Equation?

Chemical reactions are very important in understanding the behavior of a particular system. By writing the correct equation for the reaction, one can get an idea about the changes of different species in that system. For simple reactions such as dissolving of NaCl in water, the equation can be written easily by predicting the possible products of that reaction. But for other complex reactions, further tests may have to be carried out in order to find out the products of that particular system. But most of the times, the written equation is very likely to be unbalanced, which makes it difficult to explain the chemical behavior of that system. Therefore, unbalanced equations should also be balanced. The balanced equation includes all reactants and products of that system. The equation is written by considering the reactant compound as a molecule. For example, the balanced equation between KI and PbNO3 (if those were reacted in water) would be;

The importance of a balanced equation is that it reveals the amounts of reactants that should be added giving details about the stoichiometric relationships between the species in the system. In the above example, the ratio between PbNO3 and KI should be 1:2 when adding those components into the system.

What is a Net Ionic Equation?

The net ionic equation shows only the overall reaction that has taken place in the system. It includes the ionic species and formed products. But it does not indicate all the reactions that have happened in a particular system. For example, if there is a reaction between two molecules using water as the medium, the compounds may have dissolved in water and separated into ions. Some of these ions may be involved in the reaction but some may not. Then the net ionic equation includes only the ions that participated in a net reaction. Other ions, which are called spectator ions, are eliminated from the equation to obtain the net ionic equation. For example, if KI and PbNO3 reacted in water, the net ionic reaction would be;

This should also include K+ ion and NO3– ion, but those ions will only dissolve and do not take part in the major reaction; thus, they are not included in the net ionic reaction.

What is the difference between Balanced Equation and Net Ionic Equation?

When certain ionic compounds are added to water, they break apart and form ions which are dissolved in water. This produces anions and cations. To show the produced species after the completion of the reaction and the direction of the reaction, a chemical equation can be written. This equation can be balanced considering the number of atoms of each species which reside on the two sides of the arrow; sometimes, even the charge of those species should be considered. This gives a balanced chemical equation for that particular system. However, the net ionic equation includes only the reacted species. As pointed out earlier, the key difference between balanced equation and net ionic equation is that the balanced equation shows all reactions in a system whereas net ionic equation shows only the net reaction that took place at the completion of the particular reaction.

Difference Between 1s and 2s Orbital

Difference Between Acidic and Basic Oxides 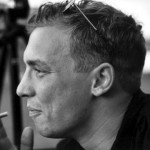 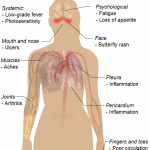 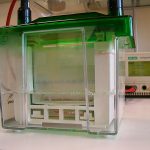