The transition from one operating system to another is often cumbersome than you think. Of course, if the OS offers minor upgrades and minor changes to the UI like Android and iOS do, while keeping the basics intact, adapting that is easy. However, in the case of BB 7 and BB 10, adapting becomes difficult because these two operating systems are entirely different. This is mainly because BlackBerry 7 was aimed at Blackberry devices having a QWERTY keyboard, track pad, and other generic Blackberry accessories. On the contrary, BlackBerry 10 is aimed at the Blackberry Z10 which is a complete touch screen device without a single button. The hardware transition itself may be bothering you already, but fear not; RIM has smoothed the transition by providing an admirable keyboard in Z10 although you are definitely going to miss the track pad. In any case, let us look at the differences of these two operating systems.

The arrangement of personal data on BlackBerry 7 and BlackBerry 10 are mostly the same. The calendar, contacts and email apps look alike with the addition of the ability to sync when you are setting up your account. Both operating systems support multiple calendars and various email services. Blackberry Link enables you to transfer your data from your BB OS 7 device to BB OS 10 device without much hassle. With the termination of BIS requirement, you no longer need to have dedicated plan from your carrier to use your Blackberry, which is lucrative for me. Blackberry pledged that they’ll increase their app store exponentially when they revealed Z10, and they have actually done so. The app market has a wide variety of apps to day and shows radical improvement over what we used to have when it was first released. Some integral apps are not yet available on BlackBerry 10, and we are hoping for the best. What interests me the most is the ability to side load Android applications to your BlackBerry 10 which was not available in BB 7. These side loaded apps wouldn’t work as good as the native apps, but you can get the job done and that’s what I’m interested in.

Apart from all the UI tweaks, the specialty of the BB OS 10 lies in its distributed architecture. Unlike the monolithic operating systems, BlackBerry 10 is said to consist of various components that have their own self-contained operating environments. This setup is known as hub-and-spoke architecture in technical terms and at the center of this setup lays the QNX Neutrino Micro Kernel. That certainly explains why Blackberry acquired QNX Systems some time back. This distributed nature of the operating system guarantees a smooth operation with minimal disruption risks because even if one component of the OS is affected, it’s more likely that the others will work independently. Hence we reckon the long wait for BlackBerry 10 was well received.

• Blackberry 10 will not offer popular Blackberry options like track pad, interactive and convenience keys, keyboard shortcuts and third party themes etc. while Blackberry 7 will offer all these.

• BlackBerry 10 has Tom Tom as their official mapping and traffic partner which will make you miss out on Google Maps while Blackberry 7 had Google Maps integration.

• BlackBerry 10 offers QNX Neutrino Micro Kernel based distributed operating system, which is more stable and is better suited for multi-tasking compared to BlackBerry 7.

Your conclusion is going to depend on your take on the differences between these two operating systems. It is true that BlackBerry 10 is better and performs faster with better integration and development towards been a smartphone. However, Blackberry was always the favorite smartphone for business people who had the utmost need of quick mails, browsing, and enterprise connectivity. That is inbuilt on both versions of the operating systems although you are going to lose the track pad, QWERTY keyboard, and quick buttons when you get in to the Blackberry 10. So, if you do miss these too much, we’d say you can still stick with Blackberry 7. But it is unlikely that the technology is moving towards an approach where physical keyboards take prominence; so we think it is better to get used to the tactile virtual keyboard for all futuristic purposes.

Difference Between Blackberry OS 6 and OS 6.1 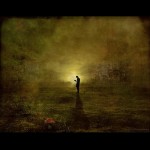 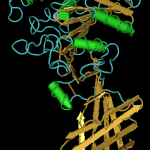