What is a Tragedy?

A tragedy is a genre of drama in literature that is mainly characterized by its sad and depressing ending. The play deals with a series of sorrowful events happen to or are caused by its hero or heroine. Tragedy is also characterized by the emotion it creates in the audience; a sentiment mixed with sorry and empathy. Although, tragedy is associated with plays, by extension, it also relates to poetry and fiction as well. According to historians, the origins of tragedy occurred in Ancient Greece about 2500 years ago. It has been noted since in all literary eras and great playwrights of tragedy in the western literature include Shakespeare, Lope de Vega, Racine, and Schiller. In terms of the plot of a tragedy, it is usually a series of serious actions that evoke feelings of fear and pity. The main character or the protagonist of a tragedy is called a tragic hero whereas the setting of a tragedy is usually a battlefield, a dark and mysterious palace, or any other disastrous place.

What is a Comedy?

A comedy, in contrast to a tragedy, is a genre of drama in literature that is characterized by its happy and vivacious ending. Besides making the audience happy, a comedy rather importantly intends to evoke humour and amusement in the audience by means of extensive laughter. This kind of plays and dramas make up the comic theatre of which the western origins date back to the Ancient Greece. A comedy can again be classed into a number of sub-genres such as satire, burlesque, comedy of manners, and farce. The plot of a comedy normally deals with an ordinary problem faced by the common people. Further, a comedy is normally set in an ordinary place and the protagonist of a comedy is called a comic hero. 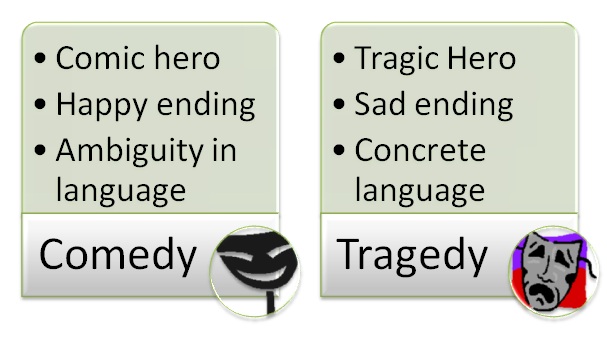 What is the difference between Comedy and Tragedy?

• A tragedy has a sad and depressing ending while a comedy has a happy and vigorous ending.

• The plot of a tragedy is marked with a series of actions that happened to the protagonist causing fear and pity in the audience while a comic plot often creates laughter in the audience.

• Comedy is also characterized with ambiguity in language while tragedy deals with concrete language.

Judging by the above mentioned differences, it is comprehensible that comedy and tragedy differ from each other in the sense that one ending being sad and disappointing and the other being happy and enlightening. Also, differences are also noted with regard to the plot, setting, characters, language used, and emotions evoked in the audience.

Difference Between Literature and Fiction 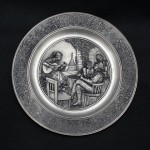 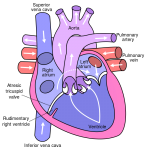