At first glance, you might feel that we are talking about one and the same thing when we discuss economic growth and economic development, but in reality, these are related but different concepts used in different contexts by economists. Sometimes, people use the terms interchangeably which is incorrect and the two concepts will be clearer in your mind after reading this article.

Economic growth of a country is a quantitative measure as there are indicators to tell the economic growth of a country. GDP and GNP are indicators that not only tell the size of an economy, they also tell in numbers and percentage how much an economy has progressed compared to last year. On the other hand, development is an abstract concept hard to measure. Yes, you can tell the difference as when there is perceptible difference in the lifestyles of the people of the country but development is not just confined to income levels and encompasses many more indicators such as life expectancy, education, health and many other factors that go into improving the quality of life. A country may be rich as when its GDP is high but if its social fabric is not developed, the country is still not considered as developed. However, it is seen that in general, when there is economic development, economic growth is invariably there. One can verify this fact in the list of the countries placed according to their GDP. Even though China and India have fairly large economies with high GDP, they are still not considered as developed countries because of their lowly ranks on other parameters such as health, education and life expectancy.

Socio-economic development automatically leads to economic growth of a country as has been the case with many countries that are included in the list of developed nations today. Because of all such considerations, an altogether index called Human Development Index (HDI) has been developed to rank countries according to their economic development and not just according to their GDP which is really a misnomer. 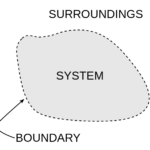