Father is generally considered as the head of the family. He has to take care of the basic needs of the household. Mother on the other hand takes care of the in-house functions of the home.

Father takes care of the members of the family by earning income through a job. Mother on the other hand is otherwise called home maker. She literally makes the home. She need not necessarily take up a job. The home itself is her office.

It is important to know that it is the mother who is given the additional responsibility to take care of the children. She should carefully monitor the growth of her children in terms of health, education and behavior. It is said that every child in the world grows according to the guidance given by the mother.

Though both mother and father play crucial roles in a child’s development, the mother is more associated with softer side of a child like love, affection, sharing of inner feelings, observe their mood and identify their problem. The mother’s love is boundless. And mother’s love is imperative in the development of a child, more so in the moral and psychological development of a child’s mind. Whereas a father is more associated with the harder side of the child’s development; he who guide them to be stronger person in mind, guide them on their education and career and show them the outer sphere of the world. A father provides physical protection of a child while a child finds more secure with mother.

However, in the modern world one cannot distinguish the roles of father and mother. It’s interchangeable depending on the situation. Anyhow, it’s joint effort of both father and mother in bringing up a child as good citizen. 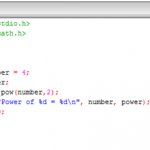