Gene migration and genetic drift are two terms commonly used in population genetics. Both terms are associated with the changes occurring in the genetic composition of a population.

What is Gene Migration?

Changes in the gene composition of a population take place over time during gene flow. These changes are due to the gene movements rather than the mutations and natural selection. Therefore, the introduction or elimination of alleles is responsible for the changes in genetic makeup. Transfer of alleles in and out of gene pools takes place purely due to gene migration. It happens when organisms move into and out of a population.

What is Genetic Drift?

Genetic drift is a phenomenon which is much more likely to occur in small populations and more unlikely to occur in large populations. Basically, it occurs due to random changes in allele frequencies that could lead to the disappearance of some genes from small populations due to dying or not carrying out reproduction. Ultimately genetic drift causes less genetic diversity and variation in populations. Also, it causes the disappearance of some gene variants completely from the populations. Moreover, it can cause some rare alleles to become more frequent than before.

What are the Similarities Between Gene Migration and Genetic Drift?

What is the Difference Between Gene Migration and Genetic Drift?

Below infographic shows the difference between gene migration and genetic drift in tabular form. 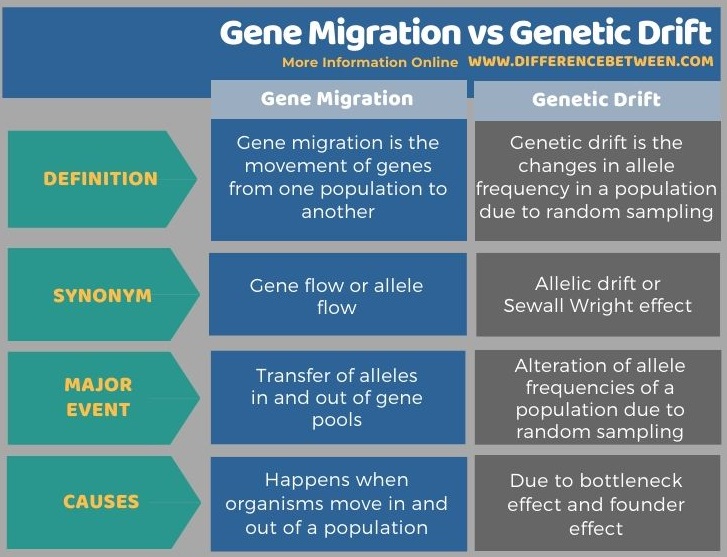 Difference Between X and Y Chromosomes

Difference Between Classical and Modern Genetics 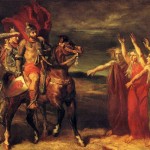