High and Techno are two forms of EDM or electronic dance system that is created mainly to be in a disco house, nightclubs, and any place where the setting is the likes of disco. Both of these two started in 80’s.

Techno music depends on the music mixes of the DJ’s. It uses various kinds of technological advancements, effects like of a studio, electronic sound, and sometimes aided with dancing laser lights in a disco house. Techno music and techno fanatics have received enormous castigation and gained a bad reputation, either true or not, to be a forerunner of ecstasy, weeds, and all other form of social drugs.

High or Hi-NRG (pronounce as high-energy) is another kind of electronic dance system. It first started in United States around 1977 as an underground dance music which means that it was not yet accepted at that time but others are already enjoying it secretly. This form of disco music uses high tempo and believed to be more electronic than the disco used in public.

Difference between High and Techno

Techno music and Hi-NRG may be both kinds of EDM but still they greatly differ in style and music. In Techno music, the main star is the Disc Jockey’s mixing of songs and other sound effects that he can find brought by the technological advancements like computers and samplers whereas the Hi-NRG are using high tempo songs which is not very typical for a disco song. They almost use the same instruments (keyboards, drum machine, synthesizer, and sequencer) except the additional instruments used in Techno like sampler and personal computers.

Other disco music has evolved using these two genres. As long as you enjoy listening and dancing with this kind of music, the disco-music industry will surely bloom and will always be evolving trying to give the best to the public entertainment.

Difference Between Xylophone and Marimba 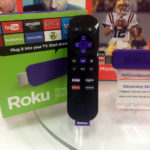