HP webOS and Android are commonly known mobile operating systems. HP webOS is owned by HP while Android is distributed as free and open source software. Android platform is developed in collaboration with Google, Inc. and members of Open Handset Alliance. HP webOS was initially introduced in 2009, while Android was initially released in 2008. Today, Android stands as the best selling mobile operating system in the world. Following is a review of the two operating systems considering their difference and similarity.

HP webOS is a Linux based proprietary mobile operating system initially developed by Palm, Inc. and later owned by HP. The webOS allows applications to be developed using web technologies and hence has acquired the prefix “web”.

One should agree that webOS ergonomically well designed. The touch screen of webOS allows an array of gestures, mostly meant for one hand operation; this is very significant since webOS is intended as a mobile operating system. Users can launch the quick launcher with a slow swipe up, while a faster swipe up will bring up the launcher (more like a grid of all applications installed). HP webOS also, supports common and intuitive gestures such as tap, double tap, left and right swipe and etc. As these gestures are also common with other mobile platforms, users will find migrating to a device with webOS effortless.

With more recent versions of webOS, a concept called ‘stacks’ is introduced. Users can organize applications, which are likely to be used simultaneously, into one stack. A possible use case for the usage of stack is a user making an appointment in calendar, while reading an email; in this scenario the user can group calendar application and email application into one stack.

A much talked about feature with the release of webOS 2.0 is ‘Synergy’. Synergy allows users to connect their many online accounts into a single place. Users can sync their many web mail accounts and social networking accounts into one list. Synergy is also combined with the contact list and messaging applications of the platform. For e.g. messages sent to a single contact can be viewed in a single list.

Designers of webOS have given great thought to the design of Notifications. In webOS, notifications pop’s up at the bottom of the screen. In a mobile device, notifications are something that users deal with more often. The ability to reach these notifications without much effort is facilitated by webOS.

HP webOS has supported Flash from its early stages. Currently, the web browser of the platform named ‘Web’ supports flash as well. The rendering is reportedly similar to that of Chrome and safari.

Additionally, webOS has search functionality called “Just Type”. It allows you to search for something in all content of the phone. As its competitors webOS supports email, audio video playback, a PDF viewer and many more utilities. Users can get additional functionality by downloading free and paid officially accepted 3rd party applications from the ‘App Catalog’; the online application store for applications supported by webOS. Applications not supported by HP are called ‘Homebrew’; the warranty for the device will be cancelled if such applications are installed in a licensed device.

Android is a collection of a mobile operating system, middleware and set of key applications developed in collaboration with Google Inc. and members of Open Handset Alliance. Android comprises of several versions, and better capabilities introduced with each version. The latest version released is Android 3.2, which is optimized for 7 inch tablet PC’s. Android is distributed as free and open-source software.

Android devices include a multi touch screen. Text can be input using a virtual keyboard. Android keyboard from its inception has been finger friendly, and the Android screens are also designed for the touch of finger-tip. The responsiveness of the touch screen may vary with the hardware.

Android home screen includes a status bar, which shows the time, signal strength and other notifications. Other widgets and short cuts to applications can also be added. By touching the launcher icon users can view all installed applications.

Android allows SMS and MMS. SMS messages can be composed and sent via voice commands. One can take the advantage of the many free applications available in the Android market place for chatting and connecting to the many social networking platforms as well e.g. Skype, Facebook for Android. As for email, Android allows to use Gmail as well as other web based email services. An Android device is expected to be registered under a Gmail account to access many Google services such as back up settings to Google servers. Email accounts based on POP, IMAP or exchange can be configured manually as well using the secondary email application available with Android. An option to synchronise multiple accounts into one inbox is also available. Email settings can be customized to notify when new emails arrive.

The default Android browser allows opening multiple web pages simultaneously. But doesn’t necessarily allow tabbed browsing as one would expect. The browser manages book marks, allows search by voice, let users set home pages, and Zoom-in and out is also satisfactory. However, there are many free browsers available for users to install from Android Market, Opera Mini , Dolphin browser and Firefox to name a few. Android provides support for flash as well.

Android supports a huge array of Audio and video formats. However, the music application has room for improvement compared to Android’s competitors. Music is categorised by Artist, Album and songs. Allows users to maintain play lists as well. A picture gallery is available to organize images in the phone. As minimum hardware requirements for an Android camera is 2 megapixels user may have to adjust their expectations on the picture quality unless, the device manufacturer is generous with the hardware specs. Other than the default camera application, Android Market has quite a number of camera applications with interesting features as free downloads and paid applications for as low as $3.

Document editing is not available on Android by default. If the user wishes there are paid applications which allow editing documents on Android; Doc, ppt, excel; all of it. Free applications can be found for document viewing including PDF and other formats.

What’s the difference between HP webOS and Android? 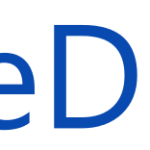