HTC Pyramid and Samsung Galaxy S2 are two of the high end smart phones with dual core processors, 4.3 inches displays and 8MP cameras. Both are Android phones. HTC Pyramid is using the same chipset used in Evo 3D, a Qualcomm MSM8660 chipset that consists 1.2 GHz dual core Snapdragon processor and Adreno 220 processor, which will deliver speed and performance efficiency, with 768MB RAM. Whereas Galaxy S2 is using Samsung’s own Exynos chipset with 1 GHz dual core Cortex A9 CPU and ARM Mali-400 MP quad core GPU with 1GB RAM. Both are high speed processors and energy efficient and much more powerful than what is needed for today’s application. A test is needed to determine their performances. Other than that most of the other hardware being almost similar, the differentiation mainly comes through the user interfaces, that is HTC Sense 3.0 versus TouchWiz 4.0 and the applications integrated to the system.

Galaxy S2 is a phone for future packed with next generation technologies. It’s the thinnest phone today, only measuring 8.49 mm. The 4.3 inch LCD display uses super AMOLED plus technology that gives an excellent readability and viewing experience and better power consumption. The display is highly responsive and has a better viewing angle than its predecessor. Galaxy S2 offers high speed performance with Samsung Dual core application processor that was built with Quad GPU and supports 3200Mpix/s. 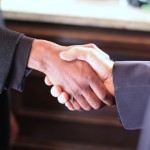 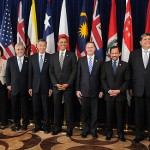