Sanskrit is regarded as the parent language or the mother language. It is considered mother of several other Indian languages such as Hindi, Bengali, Marathi, Oriya, Assamese and Gujarati to mention a few. In fact it is true that Sanskrit has its influence on the Dravidian languages such as Telugu, Tamil, Malayalam and Kannada.

Hindi on the other hand is said to have been influenced by Sanskrit. It is developed from the other old languages like Khariboli. Hindi is one of the largest spoken languages of the world whereas Sanskrit ceased to be a spoken language.

There are only two numbers in Hindi, namely, singular and plural. On the contrary Sanskrit boasts three numbers namely, singular, dual and plural. It is important to know that both Sanskrit and Hindi use the Devanagari script of writing. Sanskrit is one of the oldest languages of the world whereas Hindi is not very old when it comes to its use in the literary forms.

Sanskrit boasts the use of cerebral sounds prior to any other language of the world. It is believed that even Hindi borrowed cerebrals from Sanskrit. Sanskrit is the language declared perfectly fit to be used for the computer. On the other hand Hindi was not considered so. This is due to the fact that Sanskrit grammar is impeccable in the aspects of phonetics and phonology. 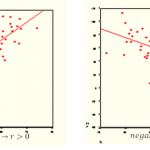