Both Jackie Chan and the Bruce Lee are famous in their own accord. Their talents and skills have not yet seen any comparison. Bruce Lee is a bit old name and Jackie Chan came into the industry later on. Both have not faced each other in reality. Their skills and marshal arts performances have made them earn their names in this industry. Bruce Lee had seen a lot of success but because of the limited time period he had in his life, he could not get to such heights where a person like him can achieve. Theatrically they have different names; Jacky Chan was named as Cheng Long and Bruce Lee as Xiao Long.

Jackie Chan is not only an actor but a singer, a social worker, an initiator, a comedian and he has extra ordinary skills as far as Marshal Arts are concerned. He is a much known action hero in his movies. From the early age he learnt all these skills, at that time when he has no background and no financial support. After many years when he returned to Hong Kong there his talent actually got fame. Years after years he got his place in the industry and then he offered all his spare time to the welfare work. He also has his name in the Guinness book of world records for his astonishing skills.

Talking about another grand name in the field of stunts and Marshal Arts, Bruce Lee comes into the mind. This actor also got all the fame in the Hong Kong. This guy is also not only an actor, but a teacher, movie maker and has invented his own skill named as Jeet Kune Do Marshal Arts. From a very early age this poor boy had been working for the cinemas. He was already famous there as an actor but his internal interest in the field of stunts leads him to take training and then later on starts his own school of Marshal Arts where till today big names have got training. He had also been known for his efficient dancing skills. He gave huge blockbusters movies but apart from the success, there he opened up more branches of his school and a production company. His death was said to be happened due to the cerebral edema.

When we discuss about the differences in these two characters we can say that Bruce Lee was a self made person and an initiator in this field, many people came later by and followed him, but Jacky Chan keeps up his own style but he was definitely influenced by Bruce Lee. Bruce Lee is a well known marshal arts player, he is a champion is this field we can very well imagine this statement’s reality by considering the fact that he also gave his own skills a name Jeet Kune Do Marshal Arts, and on the other hand Jacky Chan is a comedian, more of an actor and a stunts man, people specially kids are his die hard fans, his games and movies are more famous among the young ones. Thus, when a person sees Bruce Lee’s action, he might learn something out of it and by watching Jacky Chan it is more of a fun. Lee could work for a very shorter time as compared to Chan and they are different in their own styles. 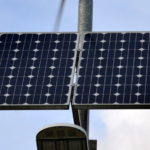 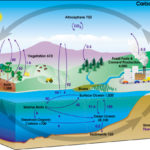 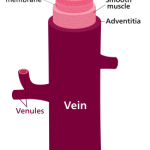 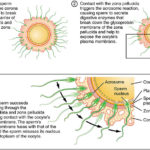