Jesuit is a member of the Society of Jesus, a religious order within Catholicism. It is a society within Catholic Christianity, yet many people are wondering about the differences between Jesuit and Catholicism. Jesuits represent a society or an order that has been instituted by Pope Paul III to spread Christianity by all means possible. There are many Jesuit colleges and Universities across the country, and it is confusing for parents and also for the students whether to take admission in a Jesuit University or go for the traditional catholic institution. This article attempts to take a closer look at Jesuits to remove doubts from the minds of students.

Saint Ignatius Loyola founded the religious order called the Company of Jesus. The name of the society was a reflection of the fact that Jesus was supposed to be the true leader of the order and also to reflect the brotherhood and soldier spirit of the order. The name of the society was changed as Societas Jesu in Latin and the term Jesuit was only used as a reproach and was not the official name of the religious order. The founder Ignatius Loyola always wanted to be a professional soldier, but one of his legs was shattered by a cannonball in 1521. He spent a lot of time during his recovery at the castle of Loyola reading religious books. He decided to become a soldier of the Christ and he, along with his six friends, also received a commission from the then Pope to serve as a General.

The spread of Islam was the imminent threat to the Catholics in their mission of spreading Christianity, and Jesuits paid attention to converting Muslims to the fold of Christianity. Counter Reformation that took place in the 16th century was largely a result of the hard, untiring work done by the growing number of Jesuits. The army of the Jesuits literally recaptured the lost area of the Catholic Church while they also worked for education and missionary work wherever they went. By the middle of the 16th century, Catholicism had been taken to new lands such as Japan, Ethiopia, and Brazil.

One can find Jesuits even today though the military style Society of Jesus has been left behind. Jesuits still carry out missionary work and spread the knowledge about Christianity to wherever they go. They hold the same core beliefs as Catholics do. In fact, they are considered rather more liberal than Catholics. However, this is just stereotyping, and no more as Jesuits remain a part of the catholic religious order. Jesuits also run a lot of colleges and Universities, and in such colleges, the life of Jesus is presented as a role model.

Difference Between Jewish and Catholic 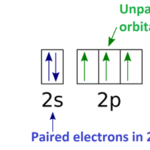