Hash is an abbreviation used for hashish which is a product obtained from cannabis plant. On the other hand, Kief is a term that is used to refer to the glands that contain a high proportion or concentration of psychoactive components of the bud of a cannabis plant. To most people it is very confusing as they cannot differentiate between Kief and hash. This article attempts to make it easier for the readers to find out the differences between Kief and hash.

The bud of a cannabis plant is called marijuana and what one obtains after grinding this bud in a mixer is referred to as Kief. This is the resin of cannabis that is grained and of a nature similar to that of sand. Kief is used to prepare hashish that is smoked by people to have the psychedelic effects of the drug. Kief has to be baked to get hashish. Hashish is a product that contains the highest proportions of psychoactive components. It is brownish or yellow in color. Marijuana lovers tend to keep some Kief in their obsession to be ready with hash anytime they want, and it serves as a raw material for hash for them. The final product of marijuana is hash, and if Kief is of good quality, so will be the hash that is prepared. There are hash smokers who say that there is basically no difference between Kief and hash and by just pressing Kief into a cake turns it into hash. However, the truth is that Kief is not as potent as hash as it is 70-80% THC whereas hash is nearly 99% THC. One cannot get a high as strong with Kief that he can get with hash.

• Kief is the powder made from grinding of the flowering bud of cannabis plant.

• Hash is the abbreviation of hashish, the psychedelic drug obtained by vaporization of Kief.

• Hash is more potent than Kief.

• Kief refers to loose trichromes, whereas hash has compressed trichromes.

• Hash is purer than Kief.

• Hashish is called charas in India.

Difference Between Hash and Weed

Difference Between Health and Wealth

Difference Between REM AND NREM

Difference Between Ayurvedic and Homeopathy 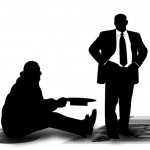 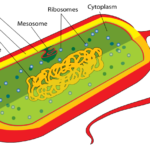