Weed is common name of marijuana, a substance declared illegal in many countries, while hash is a common name for Hashish. Both psychedelic substances have a common origin, which is the female cannabis plant known as cannabis sativa. Both induce hallucinations and alter cognition and perception. Though having been banned by many countries, both hash and weed continue to be consumed by millions across the world, mostly by smoking and sometimes eating raw. Despite similarities like giving a high relaxation and a sense of well being, there are many differences between hash and weed that will be highlighted in this article.

For those who are away from both hash and weed, cannabis is the generic name for both. If you haven’t seen the plant, it looks like the emblem of Canada. There are some resin glands situated on flowers and upper leaves of the plant. These glands appear like hairs and produce the resin. The most active substance of hash and weed is THC. Hash is pure resin that is obtained from the flowering tops that are dried and cooled and then filtered. The grains of resin fall through the sieve and then crushed into fine powder. It is then changed into a paste. On the other hand, dried leaves and flowering tops of the hemp plant are called weed. In fact, marijuana or weed is a mixture of the flowers, leaves and the stem of cannabis plant.

It is the resin of the plant that contains higher levels of THC, which implies that hashish produces more psychedelic effects, and that too earlier than marijuana (weed). Weed contains just 10% THC in comparison to hash that contains 40% THC. THC is soluble in body fats, which is why 50% of hash or weed remains inside the body even a week after consuming cannabis.

Those who have consumed weed say that the effects are similar to that of alcohol, but up to a certain level only. Its hallucinogenic effects include colors being perceived as more intense while sounds are heard in a different form.

Both hash and weed have some common effects such as sense of well being, relaxation, and accelerated heartbeat, swelling of blood vessels and lessened psychomotor coordination.

When smoked, the effect of cannabis start to set in after 30 minutes, while it takes hours (1 to 5) for the effects to set in when the drug is ingested. One unique thing about cannabis is that, it does not have physical dependence like alcohol and cigarette. However, there are some symptoms that accompany a person leaving the drug such as tension, insomnia, anxiety, and lack of appetite. All such symptoms subside after a week.

Difference Between Indica and Sativa 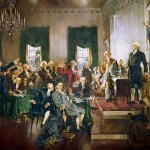 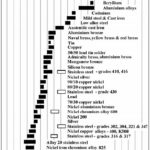