Home / Technology / IT / Applications / Difference Between Microsoft OneDrive and SkyDrive

What is Microsoft SkyDrive?

In 2007, Microsoft introduced its cloud storage service under the name “Windows Live Folders” where it is an online storage space that the users who created an account got several Gigabytes of space. Later, by the end of August 2007, the name was changed to SkyDrive and continued that name until the name was changed as OneDrive in 2014. To get a SkyDrive, account users should create a Microsoft Live account. Initially, some free spaces of about 7 GB was provided (Currently users get 15 GB). If extra space is needed, they can be obtained by paying. To upload and download files, a web interface has been provided and it is supported by all major browsers such as Internet Explorer, Firefox and Google Chrome. Apart from the browser interface, client applications exist for various operating systems such as Windows, Windows Phone, iOS, Mac OSX, and Android where they allow synchronization of files in the local SkyDrive Folder with the online SkyDrive storage. From Windows 8, Microsoft introduced SkyDrive features into the operating system itself where a metro application came inbuilt into the distribution and also latest Office products such as Office 2013 can work directly on the SkyDrive. In addition, SkyDrive is linked with Office Web applications where users can create office documents in the SkyDrive and, on the fly, use them directly from the web browser itself. Apart from the normal SkyDrive, an enterprise service called SkyDrive Pro exists where that gives larger storage capacities integrated with more advanced features for business users. Users get several options to do with the files. One is, they can keep their files private. Another option is that they can share the file with others using a link. The next option is one can make a file publicly appear on web. Users can select whether a file is read-only to others users or whether it is editable.

What is Microsoft OneDrive?

Microsoft OneDrive is the latest name given for SkyDrive where the name change happened in February 2014. In 2013, British Sky Broadcasting, which is a British telecommunications company, filed a lawsuit against Microsoft for using the word “sky. ” After high court decided that Microsoft breached the trademark of Sky Broadcasting Corporation by using word “sky,” Microsoft settled down the case by deciding to drop the name. Then they named their service (rebranded) as OneDrive where SkyDrive became OneDrive and SkyDrive Pro became OneDrive for Business. Only the name was changed and there was no change to services or features. Now nearly a year has passed since the name change and Microsoft added and modified features during this time. Currently, OneDrive provides 15 GB of free storage for new users. Office 365 users would get unlimited storage. The current web interface is a cleanly built interface using latest HTML 5.

What is the difference between Microsoft OneDrive and SkyDrive?

• Microsoft SkyDrive is astorage service introduced by Microsoft in 2007. In 2014, the name of the service was changed due to a lawsuit and the new name is OneDrive.

The cloud storage service started by Microsoft in 2007 had the name “SkyDrive” but, in 2013, after a lawsuit filed by British Sky Broadcasting Company regarding the usage of word “Sky,” Microsoft had to drop the name SkyDrive. Then, in 2014, they re-branded the service under the name OneDrive. Hence, SkyDrive and OneDrive refers to the same service but the current name is OneDrive.

Difference Between GPL and LGPL

Difference Between CS5 and CS5.5 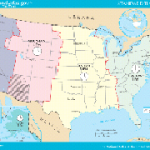 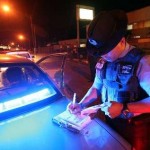 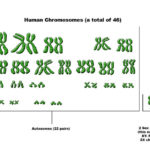 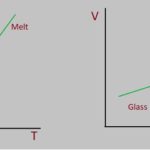