Silverlight 4 was released in April 15, 2010 and it aimed to establish its position as the natural choice for developers to build business applications on the web. To achieve this goal, it included some special features such as comprehensive printing support, more than sixty customizable set of controls including RichTextArea with hyperlinks, images and editing. Silverlight 4 also provided localization enhancements with bidirectional text and complex scripts for 30 new languages including Arabic, Hebrew and Thai. Further, Silverlight 4 provided improved support for data binding, which would reduce the amount of code needs to be written by a developer while working with customized data. Silverlight 4 also provides additional capabilities for developers to create applications with richer and more appealing media features including enhanced animation capabilities. Silverlight 4 was the first version of Silverlight to support Google Chrome web browser.

Silverlight 5, the newest version of MS Silverlight, intended to be released in the latter half of 2011, promises to be a powerful tool for developing rich internet applications with a great media experience. Highlights of Siverlight 5 are the improvements in video quality and performance and also it provides feature to improve the productivity of developers. Silverlight 5 improves performance by reducing the network latency using a background thread for networking and it also provides support for 64-bit operating systems. Silverlight 5 also improves debugging support by allowing breakpoints to be set on a binding, which will allow stepping through binding failures. Hardware acceleration is also enabled in windowless mode with Internet Explorer 9. Additionally, Silverlight 5 provides improvements to text that allows building rich magazine-style text layouts.

Difference Between Internet Explorer and Firefox

Difference Between PayPal and Google Checkout 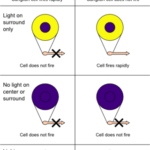