1. Overview and Key Difference
2. What is Molybdenum
3. What is Tungsten
4. Side by Side Comparison – Molybdenum vs Tungsten in Tabular Form
5. Summary

Molybdenum is a chemical element having the chemical symbol Mo and atomic number 42. It has a grey metallic appearance. The name of this chemical element comes from the ancient Greek term “molybdos” which means “lead”. This is because the ores of molybdenum were confused with the ores of lead. Usually, this metal does not occur naturally as a free metal. It occurs in various oxidation states in minerals. In its free form, it is a silvery metal having a grey cast, and it has the 6th highest melting point. 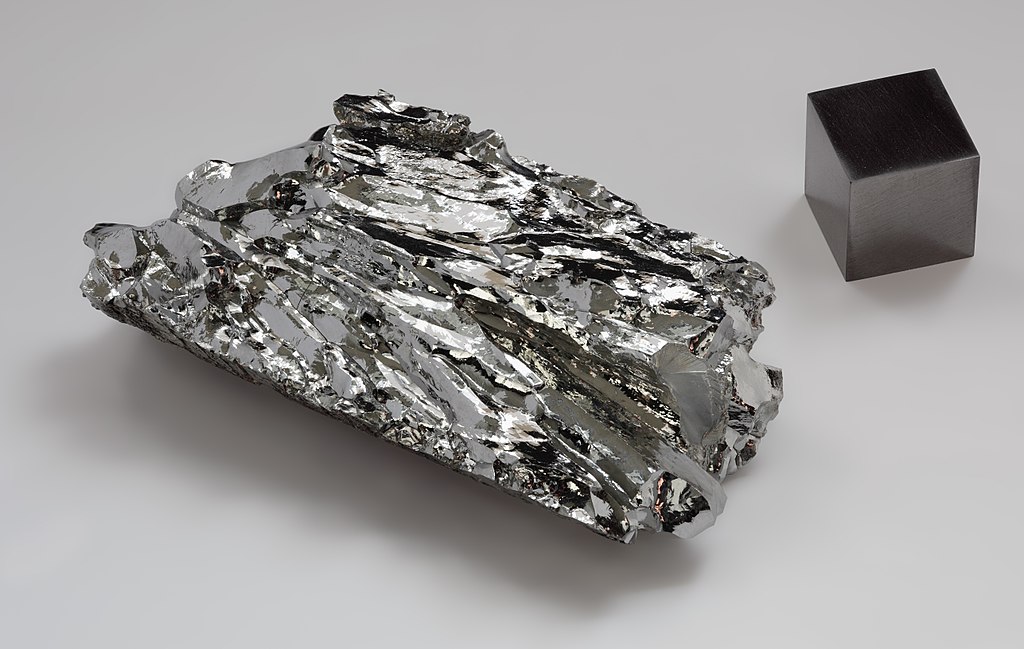 Most chemical compounds of molybdenum show a very low solubility in water. But when minerals containing molybdenum come into contact with oxygen and water, they form molybdate ions which have considerable solubility in water. Generally, the compounds of this metal are useful in high pressure applications and high-temperature applications in the form of pigments and catalysts.

Molybdenum is a transition metal. This metal does not visibly react with oxygen and water at room temperature. Oxidation of molybdenum weakly starts at about 300 Celsius degrees temperature. The bulk oxidation of this metal occurs at even higher temperatures. Furthermore, there are 35 known isotopes of this metal that have atomic masses ranging from 83 to 117. In addition to that, there are 4 metastable nuclear isomers. Among them, there are 7 isotopes that occur naturally.

There are many important applications of molybdenum, including the production of alloys such as steel, and stainless steel. Further, it is useful in chemical productions, high-speed steel production, cast iron production, and super-alloy production. There are some other applications as well, including the use of molybdenum powder as a fertilizer for some plant types (e.g cauliflower), in NOx analyzers, as anodes that can replace tungsten in some certain low voltage X-ray sources, etc.

Tungsten is a chemical element having the symbol W and atomic number 74. It is a group 6 chemical element and a rare metal that occurs naturally on Earth, exclusively in combination with other elements in chemical compounds. This metal appears as a greyish white, lustrous metal. The most important ores of tungsten include scheelite and wolframite. 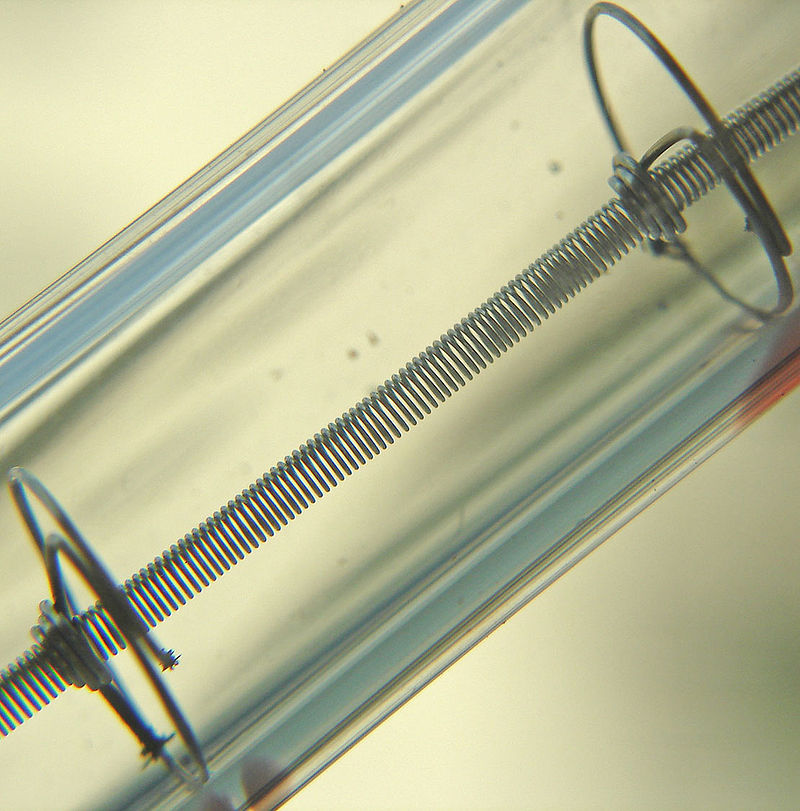 Tungsten is an intrinsically brittle and hard material which makes it difficult to work with this metal. Further, pure metal is more ductile, and we can easily cut it with hard steel hacksaw. This is the only metal known to occur in biomolecules when considering other transition metals in the 3rd transition series. We can find this metal in a few species of bacteria and archaea.

There are many important applications of tungsten, including the production of hard materials such as tungsten carbide, production of alloys and steels. This metal has a high ductile-brittle transition temperature, which makes it manufactured through sophisticated methods such as powder metallurgy, spark plasma sintering, chemical vapour deposition, hot isostatic pressing, etc.

What is the Difference Between Molybdenum and Tungsten?

Below is a summary of the difference between molybdenum and tungsten in tabular form. 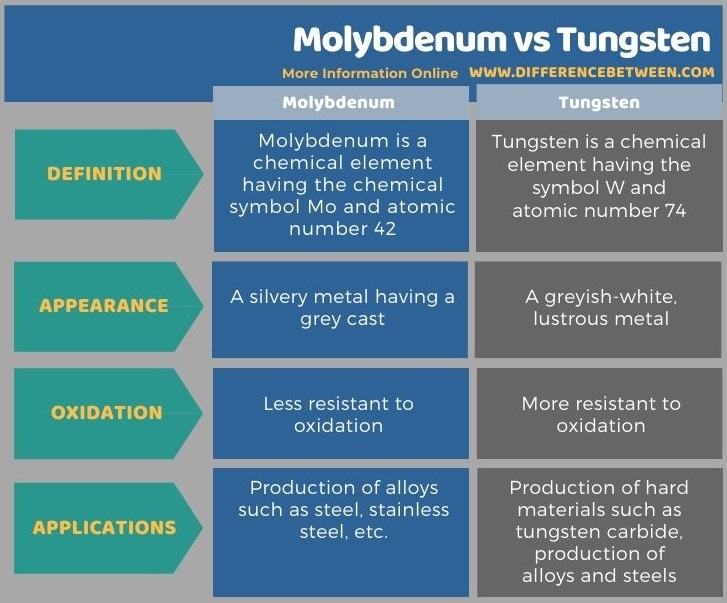 Difference Between Peroxide and Hydrogen Peroxide

Difference Between Moissanite and Morganite 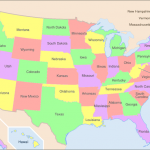