Motivation refers to any stimulus that controls and guides human behavior. In an organizational setup, motivation could be anything from incentives, perks, promotion and even encouragement from the boss on completion of a given task. There was a time when money was considered to be the most important motivational factor, but today, after a series of experiments beginning with Hawthorne studies, it is well known that motivation plays a crucial role in the behavior and performance level of the employees and money is just one of the myriad motivational factors. Salary, increments, promotions, etc are extrinsic motivation factors and drive behaviors and even productivity level of employees.

There are also motivational factors that come from within and drive the behavior of employees. These are called intrinsic motivational factors and include job satisfaction and enjoyment. Different people have different motives for doing a job. However, for most it is money, as without a salary they cannot survive and raise their families.

Satisfaction refers to a feeling that people have when they have completed a job that is considered difficult. In fact, having done the job well is what brings satisfaction to most people. The pleasure or joy of doing a job is what is called as job satisfaction. There are very few who get job satisfaction despite getting a high salary and other perks and incentives.

To understand the concept of job satisfaction, one has to think of times when he gets happiness playing with a toddler or puppy at home or after having grown beautiful roses in his garden. These are only examples and people get satisfaction with most of their hobbies whether it is gardening or cooking. Satisfaction is a feeling that comes from within though sometimes one has satisfaction when his performance is praised at workplace.

Different people have different reasons for satisfaction but some sort of contentment is essential to be doing a job for a long time.

What is the difference between Motivation and Satisfaction?

• Motivation is what is believed to be behind the behavior or employees. It also regulates the performance levels.

• Satisfaction is joy or pleasure of working and it is the sense of accomplishment after having done a job in a flawless manner.

Difference Between Age and Tenure 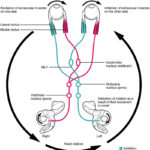 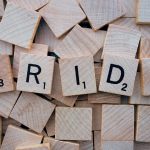