Pixar and DreamWorks are giants in the world of animation and have been making animated movies to enthrall the audiences the world over for the last many years. While Pixar is owned by Disney and was once a brainchild of Apple’s Steve Jobs, DreamWorks was founded by none other than Steven Spielberg and is today owned by Reliance ADA. People just love the creations of both companies, and it is difficult to choose a winner between the two great animation companies. This article attempts to compare the works of Pixar and DreamWorks in a humble manner.

Pixar is an animation studio that has revolutionized the way animation films are enjoyed and perceived, even by the critics of these films. So far, it has made 13 movies, beginning with Toy Story in 1995. However, Pixar has snatched away 26 Oscar Awards in addition to Golden Globes, Grammys, and numerous other awards which is a testimonial to the love and appreciation that the movies made by Pixar have received from the public. Toy Story 3 and Up are the only two animation movies that have been nominated in the category of Best Picture at Academy Awards. In fact, the above two and Finding Nemo have been among the top 50 highest earning movies of all times. Walt Disney bought Pixar for a whopping $7.4 billion in 2006.

DreamWorks is a company that makes video games and is also in TV programs, but it is popular mainly as a producer and distributor of animation films. The company began in 1994, but its animation arm was separated in 2004 with the creation of DreamWorks Animation SKG, the three alphabets alluding to its founders Steven Spielberg, Jeffrey Katzenberg, and David Geffen. Antz is the first animated movie made by DreamWorks in 1998, and it has received Academy Awards for American Beauty, A Beautiful Mind, and Gladiator, subsequently. Shrek is perhaps the best loved animation movie made by the group till date. Kong Fu Panda, Megamind, How to Train Your Dragon, and Monsters vs. Aliens have been some of the other movies that have been appreciated by the audiences.

• While the two animation giants started around the same time (1995), Pixar has achieved more recognition because of its award winning movies and it has more Academy Awards in its kitty than DreamWorks

• DreamWorks movies have made more money at the box office, and Shrek is the most popular movie made by the group

• DreamWorks’s movies are made on large scale stories, and they have a large canvas while Pixar movies are mostly made with small subjects

• DreamWorks have relied on kings and castles and monsters and aliens, to mesmerize the audiences

• Pixar movies are classier and smoother, but the genius of DreamWorks strikes right in your face suddenly. Their movies are wackier and funnier of the two.

Difference Between Z buffer and A buffer 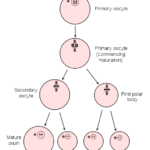