The key difference between plasmid and vector is that plasmid is a type of vector and is a circular, double-stranded extra-chromosomal DNA molecule of some bacterial species while vector is a self-replicating DNA molecule that acts as a vehicle for delivering foreign DNA into host cells.

Genetic engineering is a novel field of Biotechnology which deals with transferring of foreign DNA to selected hosts and allowing them to duplicate within the host cell. Most DNA fragments cannot be self-replicated in another host cell. Therefore, it needs additional self-replicating DNA to combine with it. Hence, in order to deliver foreign DNA into the host cell, genetic engineering uses a vehicle called a vector. Thus, a vector is a DNA molecule that carries foreign genetic material into another cell. Moreover, it should possess several qualities such as self-replication, small genome, expression within the host, bearing markers, etc. Plasmids are a type of popular vectors in genetic engineering. Mostly, the host organism may be a bacterium such as Escherichia coli (E. coli).

1. Overview and Key Difference
2. What is a Plasmid
3. What is a Vector
4. Similarities Between Plasmid and Vector
5. Side by Side Comparison – Plasmid vs Vector in Tabular Form
6. Summary

A plasmid is a small circular DNA element of bacteria. It is an extrachromosomal DNA molecule. Furthermore, this small DNA possesses several genes, but a lesser when compared to bacterial chromosomal DNA. Plasmid size can be varied from less than 1.0 kb to more than 200 kb, but the number of plasmids in a cell is a constant from generation to generation. These are not essential for the functioning of bacteria, where they reside. But these genes give extra survival to bacteria.

Most importantly, plasmid genes provide several additional advantages for bacteria such as antibiotic resistance, herbicide resistance, drought resistance, and metabolism of some substrates such as β-galactosidase, etc. These plasmids have a higher rate of replicating ability. Moreover, they have a high potential to be used as vectors. At certain conditions, these plasmids may integrate with plasmids and replicate with the bacterial chromosome.

What is a Vector? 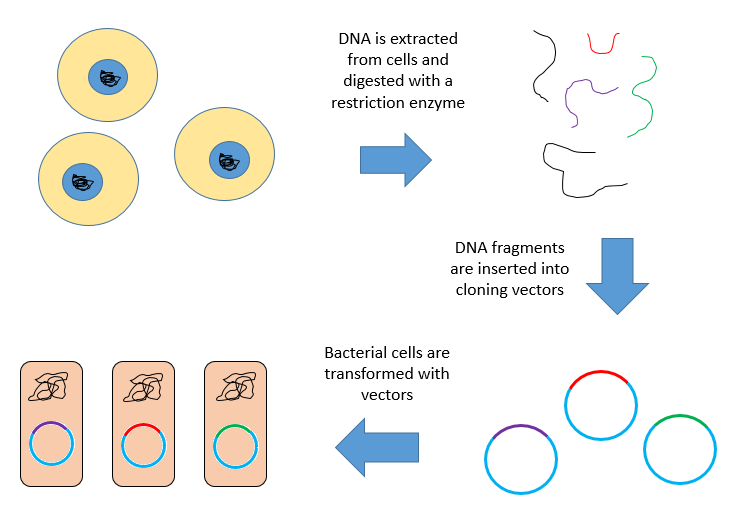 There are several cloning vectors which are extrachromosomal factors including plasmids and bacteriophages. Cloning vectors should have special characteristics such as resistant to damages, ease of manipulation, and amount of DNA sequence they can accommodate, etc. Cloning vectors should have the origin of DNA replication, which ensures that the plasmid will be replicated inside the host cell.  There are several vectors such as virus-based vectors, cosmid based vectors, yeast artificial chromosome (YAC) vectors, etc. Vectors can be manipulated artificially after ligation and digestion reaction series. For example, pBR322 is one of the plasmids that is widely used.

What are the Similarities Between Plasmid and Vector?

What is the Difference Between Plasmid and Vector?

A plasmid is an extrachromosomal DNA of bacteria, yeasts, archaea and protozoa. They are small double-stranded circular DNA molecules. Whereas, a vector is a small DNA molecule that acts as a vehicle to deliver foreign DNA from donor to host. So, this is the key difference between plasmid and vector.

Moreover, a further difference between plasmid and vector is that the plasmids are naturally occurring in bacteria and other organisms, but some vectors are natural while some are artificially synthesized.

Below infographic summarizes the difference between plasmid and vector. 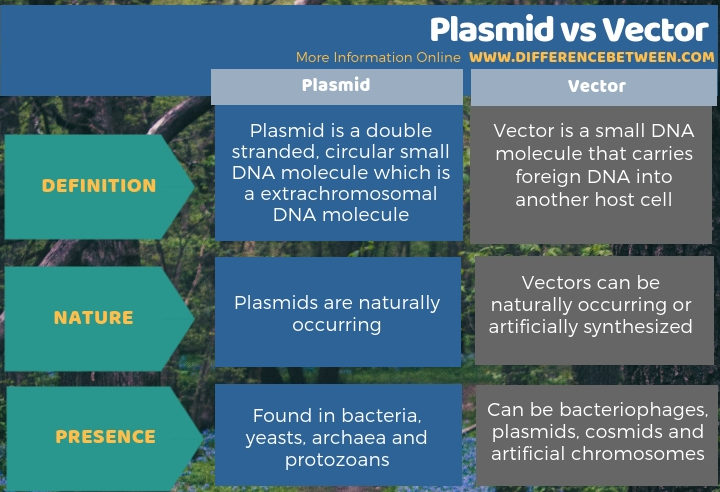 Vector is a small DNA molecule that carries foreign DNA into the host cell. So it works as a vehicle between the host and the donor. There are several types of vectors such as plasmids, cosmids, artificial chromosomes, bacteriophages, etc. Plasmids are popular as vectors than the other vectors in recombinant DNA technology. In fact, plasmids are circular, double-stranded DNA molecules that are extrachromosomal DNA occurring naturally in bacteria. They are small molecules ranging from a few thousand base pairs to more than 100 kilobases (kb). The speciality of the plasmids is that they can self replicate. Moreover, they contain genes that provide some benefit to the host cell. Thus, this is the summary of the difference between plasmid and vector. 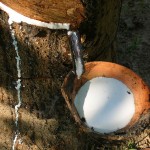 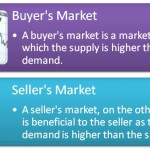 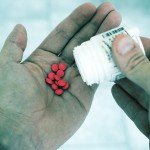