Both gases perform similar functions of heating, cooking and drying and are colorless and odorless and the major differences boil down to essentially their chemical structure, weight, heating efficiency, transportability, compression, and cost.

Differences between Propane and Natural Gas

• Propane can easily be converted into a liquid and thus can be transported in cylinders to homes. It is available in compressed form at gas stations. However, natural gas is harder to compress and this is why it is transported in specially made lines and then sent to homes. Its use is metered and you receive a monthly bill according to your usage.

• Natural gas, as the name implies is found underground naturally and is made up of a mixture of gases that includes propane. In addition, the mixture contains methane, ethane, butane and pentane.

• Another difference between the two gases pertains to their weight. Propane is heavier than natural gas and in case of any leakage, it falls down on the ground and thus poses a greater risk of injury than natural gas which is lighter and dissipates into air.

• Propane is more energy efficient than natural gas. For the same amount of gas, propane gives 2550 BTU whereas natural gas gives only 1000 BTU. But this better thermal efficiency does not translate into any profit as propane is costlier than natural gas. Utility companies supply natural gas in pipelines at much lower cost than propane costs, supplied in tanks.

• Natural gas is found naturally underground where as propane being one of the gases has to be separated and distilled before it is compressed and put into tanks.

• One of the uses of propane has been in making flamethrowers that are explosives used by army. Natural gas has never been used as an explosive. 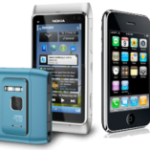