To start with, the biggest difference between Rock Band 1 and Rock band 2 is that the drums are now wireless, which is a big relief for the players. Rock Band 2 is backward compatible which implies you get content from 2 and can also download content of Rock Band 1.

The strummer is just like it was in Rock band 1, though it is firmer now. The fret buttons have been modified to give a better feel. As far as exteriors are considered, Rock band 2 has a faux wood finish that looks more appealing. New wireless drums have a reinforced kick pedal that looks more solid than it was in Rock Band 1 and the drum pads are also more sensitive. There is a target smack in the centre that ensures the player hits at centre and not the edges. Wireless drums mean that clumsy drummers do not trip over coffee tables around.

Rock band 2 has a Drum Trainer mode that allows novices to acclimate and improve their skills on drums. Rock band 1 only had a practice mode on songs for the players.

In conclusion, it can be said those who have had an opportunity to play both Rock band 1 as well as Rock band 2 are of the opinion that instruments of this version are quieter than those of Rock Band 1. Additionally, the new springiness of the drums and guitars makes playing instruments easier than in Rock Band 1. 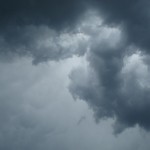 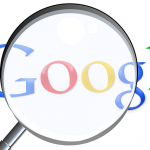