Samsung Galaxy S II (Galaxy S2) was unpacked on February at the WMC 2011 in Barcelona. Samsung has already released its successor, Galaxy S3, too, but it has been a long wait for iPhone 5, which was eventually released on 12th September 2012.

Samsung is the leading smartphone vendor in the world, and they have actually gained much of their popularity though the Galaxy family. It’s not just because Samsung Galaxy is superior in quality and uses cutting edge technology, but it’s because Samsung is also concerned about the usability aspect of the smartphone and make sure that has the due attention. Galaxy S II comes in either Black or White or Pink and has three buttons at the bottom. It also has the same curved smooth edges Samsung gives to Galaxy family with an expensive looking plastic cover. It is really light weighing 116g and ultra-thin too having a thickness of 8.5mm.

The renowned phone was released in April 2011 and came with a 1.2GHz ARM Cortex A9 dual core processor on top of Samsung Exynos chipset with Mali-400MP GPU. It also had 1GB of RAM. This was top notch configuration back in April, and even now only a few smartphones surpass the configurations. As I have mentioned earlier, this itself is good enough reason to dig the previous advertisements to be replayed. The operating system is Android OS v2.3 Gingerbread, and luckily Samsung promises an upgrade to V4.0 IceCreamSandwich soon. Galaxy S II has two storage options, 16 / 32 GB with the ability to expand the storage using a microSD card upto 32 GB more. It comes with 4.3 inches Super AMOLED Plus Capacitive touchscreen featuring a resolution of 480 x 800 pixels and a pixel density of 217ppi. While the panel is of superior quality, the pixel density could have been somewhat advanced, and it could have featured a better resolution. Nonetheless, this panel reproduces images in a great manner that would catch your eye. It has HSDPA connectivity, which is both fast and steady along with Wi-Fi 802.11 a/b/g/n and it can also act as a Wi-Fi hotspot which is really attractive. With the DLNA functionality, you can stream rich media directly to your TV wirelessly. 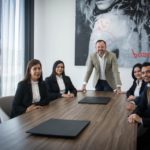