The differences between Sony Xperia Z3 Plus and Samsung Galaxy S6 are more than the differences we see in their appearance. The Samsung Galaxy S6 was unveiled at the World Mobile congress held on March, 1 st 2015. Sony Xperia Z3 Plus was released in Japan on the 26th May 2015. Both the phones are elegant and unique to the brands they represent. The Xperia Z3 Plus has a glass front and back cover. It has a metal band going around and nylon corners to protect the phone. It comprises of a shatter and scratch proof glass. The S6 has a sporting gorilla glass on the front and the back that gives it a premium look.

Sony has launched globally the Xperia Z3 Plus, which is almost an equivalent of Xperia Z4, which was released in Japan a few weeks back. The Xperia Z3 Plus is a slight upgrade from its predecessor the Xperia Z3. The dimension of the phone is 146.3 x 71.9 x 6.9 mm. The phone is slimmer than the Z3, and has a thickness of 6.9 mm and weighs only 144 g. The size of the display is 5.2 inches diagonally, and the resolution is 1080p full HD (1920 × 1080 pixels). The pixel density is 424 ppi and the display is an IPS panel which gives an improved viewing angle. The display is also powered by Triluminos, Display, Live Color LED and X-Reality Engine for more natural, sharp and vivid colors. The phone body ratio is 71%.

If you are interested in the cameras of the phone, the front cameras is 5 Megapixels, which is an improvement from the front camera of the Xperia Z3, which had 2.2 Megapixels, with 25mm wide angle lens for a wider selfie. The rear camera is 20.7 Megapixels with 25 mm wide angle G lens, which is wider than most competitive phones and captures photo which are crisp and sharp. Both cameras use Exmor RS image sensor. The superior Auto Scene Recognition adjusts settings for the best picture, steady shot with Intelligent Active Mode. It also has an aperture of f/2.0 and an ISO rating of 12800 with a large image processor of 1/2.3, which is great for low light shots. 4K ultra high definition video enables high resolution video (3840 x 2160), which can be played back on 4K TV or projector via MHL 3.0 connector. The magnetic pin has also been removed to produce a seamless phone.

The Xperia Z3 Plus boasts of the latest Qualcomm Snapdragon 810 processor with 64 bit Octa core processor, with 3 GB RAM and a storage of 32 GB. One of the phone’s features is that there are no more rubber flaps covering the Micro USB port which itself is now waterproof. The Xperia Z3 Plus is designed to be waterproof and dust resistant at an IP65/IP68 rating. It can be submersed in water for 30 min at a depth of 1.5m. This means that it is spill resistant and can work under any weather condition.

Coming to the battery, the battery capacity of Xperia Z3 Plus is 2930 mAh, which can last for two days due to optimization done on the phone. For the connectivity of the phone, Wi-Fi MIMO technology ensures faster speeds and the LTE/4G modem provides speeds that can reach up to 300 Mbps. When you consider the entertainment features of the phone, Hi Res Audio reproduces studio quality sound. DSEE HXTM reproduces near hi resolution audio for music tracks. The Xperia Z3 Plus also is capable of digital noise cancelling technology which cancels noise by 98% on headsets. The new LDAC feature which transmits high quality wireless audio, with 3 times more data transfer speed via Bluetooth. DUALSHOCK®4 Wireless Controller takes advantage of your home Wi-Fi to connect to PS4 for an unparalleled gaming experience. 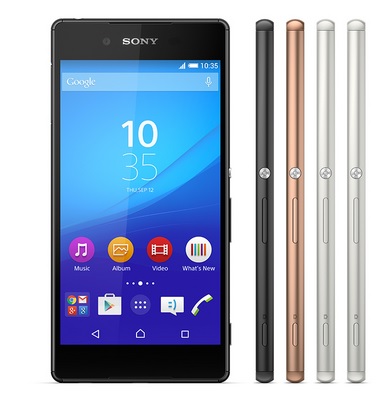 The design of the Samsung Galaxy S6 is a metal and glass design which encompasses Gorilla glass and aluminum. Samsung has always been able to produce quality screens and the screen of the Samsung Galaxy S6 is no exception. The dimensions of the phone is 143.4 x 70.5 x 6.8 mm. The Super AMOLED display with 1080p which uses less power and works best outdoors, is a clear, crisp and clarity filled display. The size of the display is 5.1 inches diagonally and the resolution of the display is 1440 × 2560 pixels with QHD. The weight of the phone is 138 g. The pixel density of the screen is 577 ppi, which is undoubtedly one of the sharpest displays found in flagship phones. The touch screen is a capacitive screen. The Galaxy S6 is capable of 159% of sRGB color. Further, the Samsung Galaxy S6 comprises of wireless charging capability and fingerprint sensor as well. The colors available are Black, White, Copper, and Ice Green. The Nano SIM is supported by the phone and the wireless charging capability is built in.

The chipset used on Galaxy S6 is the Exynos 7420 chipset. It is the first 14nm mobile processor which supports 64 bits. It contains 8 cores and uses LPDDR4 (Low Power DDR4) memory system. Out of the 8 cores, four of the cores run at 2.1 GHz and the other four cores run at 1.5 GHz. The phone runs Android 5.0.2 Lollipop with Touch Wiz UI. The Galaxy S6 does not support expandable storage but support Universal Flash Storage 2.0 (UFS 2.0) which is faster, energy efficient, and provides better memory performance. The graphics processor used is Mali-T760 GPU and the capacity of the RAM is 3 GB. The storage capacity is 128 GB. Hardware and Touch Wiz software optimization provide smooth and fast functioning of the applications. The Audio speaker of the Galaxy S6 is positioned at the bottom of the device, which is a bit disappointing when comparing it with the other specs.

Looking at the cameras on Galaxy S6; the Galaxy S6 rear camera is 16 Mega pixels and the front snapper is 5 Megapixels. Quick Launch is a feature where by tapping the home key you are able to launch the camera mode on S6. Both the cameras support HDR mode. The aperture is f/1.9 wide angle lens, which is capable of operating in low light. The main Camera has Optical Image Stabilization and Pro mode for manual image settings. The videos playback recording is in Ultra High Definition 4K (3840 x 2160).

The battery capacity of the Galaxy S6 equals 2,550 mAh, and the battery is non removable. It is capable of Qi wireless charging and fast charging. This is due to the smaller battery capacity compared with the other flagship phone. For connectivity, Galaxy S6 has Wi-Fi 802.11 a/ac/b/g/n, Bluetooth 4.1, USB, LTE, 4G, 4G LTE, and Wi-Fi. 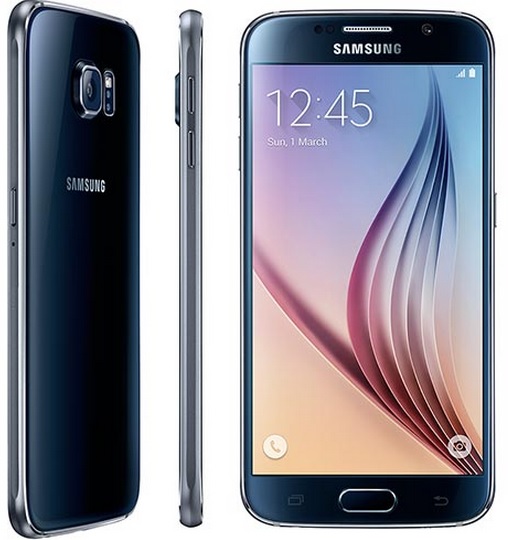 What is the difference between Sony Xperia Z3 Plus and Samsung Galaxy S6?

The Sony Xperia Z3 Plus is lighter than the Galaxy S6.

Samsung Galaxy S6: The Samsung Galaxy S6 display is a Super AMOLED panel and has a better viewing angle, better contrast, and power efficient. However, the images could be over saturated.

Sony Xperia Z3 Plus: The display of Xperia Z3 Plus is an IPS panel powered by Triluminos, Live Color LED, and X-Reality Engine for more natural, sharp and vivid colors.

Samsung Galaxy S6: The S6 is not dust resistant and waterproof.

Sony Xperia Z3 Plus: The Z3 Plus is dust resistant and waterproof.

Samsung Galaxy S6: The processor of the Galaxy S6 is Exynos 7420 chipset with octa core (2.5 GHz quad + 2.1 GHz quad) with 14nm technology, which it 30% efficient. It has dedicated quad processors for efficiency and performance.

Samsung Galaxy S6: The storage capacity of the S6 is 128 GB.

Sony Xperia Z3 Plus: The Z3 Plus storage is 32 GB, which is expandable.

Samsung Galaxy S6: The Galaxy S6 rear camera is 16 Megapixels and the front snapper is 5 Megapixels.

Sony Xperia Z3 Plus: The rear camera of the Xperia Z3 plus is better with 20.7 Megapixels.  Both front and rear cameras have wide angles. Superior auto scene recognition and steady shot with Intelligent Active Mode add-on to the Camera. With an ISO of 12800 and a larger image sensor, the pick between both the phone cameras is the Z3 Plus.

The Z3 plus has a better aperture than the Samsung S6 for wider shots.

Samsung Galaxy S6: The speaker of the Galaxy S6 is Louder the than its previous models.

Sony Xperia Z3 Plus: Sony is capable of supporting PS4 for gaming.

If we compare the two phones, both the phones have a great display. Although the Xperia has an IPS display, it features a lot of additions that make up for the quality display of the Galaxy. However, it ultimately comes down to user preference. When it comes to the software and processors, they cannot be compared as they are optimized and perform well according to their need. The battery capacity of the Xperia Z3 Plus is higher and can last for two days which is awesome. However, due to the low capacity of the Galaxy S6 battery, it can be charged quickly. So both phones are excellent, and user preference will be the winner ultimately.

Difference Between iPhone 6 Plus and Sony Xperia Z3 Plus